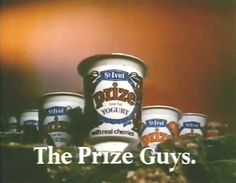 We seem to be hurtling towards a turning point in the zeitgeist, as I may have mentioned before - though my sense is that Corbyn is symptom rather than cause.  So I have been thinking about other turning points - not the economic ones this time, but the social ones - and I've settled on 1972.

No it wasn't the ending of exchange controls (1979) as I argued in my book Broke. Nor was it the Three Day Week as I have been writing more recently (1973/4 - more on that later). Nor is it the moment I remember, as a child, when I was no longer forced to wear a cap to go to Oxford Street (1965).

No, I have settled on 1972, not because of the miner's strike and the blackouts, or Watergate come to that - both moments when it was clear that something would have to change - but because, as far as I can remember, it was the year I heard three words for the first time:

It is strange to think that there was a period, in living memory, when we didn't eat two of them or sleep under the third.  The concept of yoghurt was particularly mind-boggling because I  could see that never, as long as I lived, would I be able to spell it.  But sure enough, we used to spend half the day in those days knitting spaghetti or practicing hospital corners on the sheets and blankets.

And we could have spent the time staying in with Monty Python.

I'm not saying that this was when they were introduced into the UK, just the first time these concepts floated into my consciousness.  Perhaps, in its own way, this was an important shift as Geoffrey Howe's ending of exchange controls after all.

The reason I've been thinking about it now was that, only yesterday, Sainsbury's claimed again to have introduced the avocado pear as early as 1962.  I'm prepared to accept their word for it, and I see there has been debate about this before.

But I wrote in my book Eminent Corporations that you could fix that elusive moment when our supermarkets suddenly started to pack their shelves with exotic French or Italian cheeses, and we started to learn some of those strange foreign words which have become so familiar as foodstuffs now, was down to the rule of Marcus Sieff over Marks & Spencer in the early 1970s.

As I understood it, one bemused M&S customer complained that avocado pears were not as nice as perhaps they should have been with custard.

I see that I may not have been quite right about the avocados after all.  But still something shifted in 1972, the year I turned fourteen. England opened up a little. We became a little less crusty. We were no less English, of course - see my book How to be English - but we let in the breezes from the south and felt a little more exotic as a result.

Perhaps it isn't a coincidence that the countdown had begun that year for us to join what was then the European Economic Community the following year.

Living as a child in Stratford-Upon-Avon in the early 1960's I remember a small grocers shop right on the corner of 'Church Street' and 'Old Town'(*) where you could get exotic thinks like a real salami. And yougurt. But only plain yogurt. Unobtainable elsewhere.

My mum and I were in there one day when a couple of young American women came in desperate for yougurt - but they left without buying because there were no flavoured varieties. The shopkeeper was a bit scornful - why didn't they buy the plain stuff and add jam or fresh fruit was his attitude.

I think the site of that shop is now the entrance to a car park.

(*) this was opposite Masons Croft and just round the corner from Halls Croft, and probably the crucial point, near the little terraced houses (near Holy Trinity Church) in Bull Street and West Street where the minor actors and backstage staff for the theatre lived in season...