Why it is nearly time for a national government

This post first appeared on the blog of Radix UK...

Keir Starmer may just be a small phenomenon. I suppose that second guessing the current UK government is not actually terribly onerous. Starmer just has to stay a couple of days ahead of the government, as it twists and turns through the covid crisis, so perhaps it isn’t very hard to appear perspicatious.


But it does mean a difficulty for Boris Johnson and his government. It looks almost as if it is Starmer who is taking all the decisions.

Every time, the government does another U-turn, whether it is about locking down or closing schools, there is the opposition leader demanding it days before. Always rather magnanimously. Irritatingly so, in fact.

There will come a point when this becomes intolerable to the Conservatives. After all, why should not Starmer share some of the odium for the decisions he is apparently making?

Perhaps it doesn’t matter, they will tell themselves, if we are really in the dying days of the crisis because of the looming vaccine. But one of the lessons of covid is that there will be alarums and twists still to come.

The government is discussing the idea of tightening controls even more, after all.

In previous crises in 1915, 1931 and 1940, UK prime ministers have voluntarily shared power in these circumstances – whenever, in fact, they are forced to take such tough decisions about people’s lives that they need to share the blame.

So what I want to suggest – and I feel sure this is a scenario they have quietly discussed in corners of 10 Downing Street – is that, if anything gets unexpectedly worse again, the government should organise power-sharing and involving all parties.

The idea of locking us all in, enforced by the police, is so unBritish that governments simply can’t enforce changes like that by themselves. That means it maybe time for a national government.
Get a free copy of my medieval Brexit thriller on pdf when you sign up for the newsletter of The Real Press
Posted by David Boyle at 18:10 5 comments: 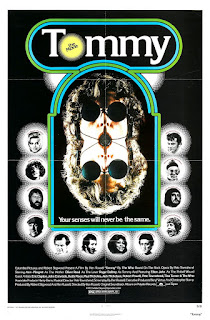 Get a free copy of my medieval Brexit thriller on pdf when you sign up for the newsletter of The Real Press
Posted by David Boyle at 22:25 No comments: