The trouble with Osborne's smokestack hunting 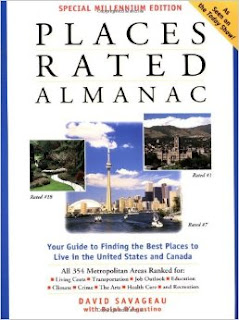 As usual, it seems to me that the BBC have got the wrong end of the stick about the significance of George Osborne's announcement that the government will let councils keep the proceeds of the business rates.

In doing so, he has not yet had the nerve to let them set their own, or change their arrangements for taxing businesses, but that will come eventually. But listening to the BBC, you would be forgiven for thinking this was an argument between a Conservative government flinging away Margaret Thatcher's centralising legacy versus Labour council chiefs who want to reinstate it.

There is a certain logic to that, I suppose.  There is a renewed openness among Conservatives to some measure of local economic self-determination. There is also a new closedness among Labour people to the same thing - on the grounds that it is just a cover for cuts, as the leader of Nottingham City Council told Michael Heseltine so miserably on the PM programme yesterday (51.41).

No, what really irritates me about the coverage is that it is almost certainly correct.  Most local authorities will think no further than competing with their neighbours to attract more multinational employers to set up locally.

This is depressing because it may well be what the government intends - to slash planning or other regulations, or slash local business tax to encourage competition for what the American cities used to call 'smokestack hunting'.

This still goes on, but not at the expense of the environment in the USA any more.  It became clear back in the 1980s that the reason a CEO chooses one to invest in one city rather than another is nothing to do with planning permission or lax environmental regulations. Quite the reverse. It is because it is the kind of place where they and their partner happen to want to live and bring their family.

That requires amenities, green space, clean air, low traffic, sports facilities, art galleries, theatres... That is what the New Civics movement and the Places Rated Almanac taught the USA.  I am hoping that same thing now occurs to cities in the UK. I believe it will, partly because their leadership is considerably more innovative and imaginative than it tends to be in Whitehall.

The real issue isn't smokestack hunting, because - let's face it - there aren't many smokestacks to hunt. And the great retail boom is over too.

The urban renaissance, and the Northern Powerhouse, are going to derive their power from how well they manage to use the resources and the people they already have to grow their own business sector. And to do what cities have done since time immemorial - to replace imports.

How much have places like Manchester really thought about this? Not a lot, I fear, but they will. How much has the Treasury considered it?  Hardly at all.  But as I wrote in my short book People Powered Prosperity, they will too.