The curse of the empty corporation 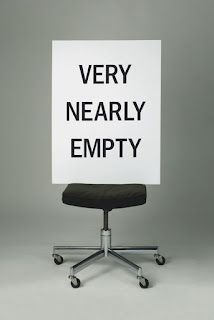 In desperation, around lunchtime yesterday, I turned to Twitter to get through to Barclay's Bank, where - to my great shame - I still have a business account.  This is what I wrote:

@BarclaysUKHelp twice now hung on for 10 mins and then phone put down by your useless call centre. And all I want is a statement for sept.

It took them a couple of hours to respond, by which time - on my third attempt - I had finally managed to sort the problem. I was quite surprised to get a reply at all because Barclay's seems to me to have been well down the path to being that great modern phenomenon: the empty corporation.

You can tell this process is well under way when announcements were made that the bank was turning its back on its attempt to concentrate on domestic business - and sure enough, the signs of ersatz efficiency were becoming all too clear clear.

In fact, the higher Barclay's share price goes, the longer they take to answer their phones.

If this is overly cynical, it isn't much.  The classic empty corporation is TalkTalk, one of the least useful companies on earth.

Now I have sorted out all my multiple differences with TalkTalk. They have now stopped sending me 'final invoices' which I came to believe were being sent out automatically to all their recent former customers. I managed to get these stopped, though they carried on for three months, only by contacting the managing director personally.

I use TalkTalk as an example, partly because they seem to have allowed their customer's personal data to be stolen by a 15-year-old hacker, and partly because they are also victims of ersatz efficiency. If something goes wrong with their modem, or some other aspect of their service, as it it invariably does - nobody is home.

Yes, these empty corporations have call centres - usually in India - but if you ask anything complicated, they are likely to put the phone down on you.

I believe the phenomenon is an important one. It is also for a relatively simple reason: the idea that IT systems can automate everything.  What this means, in practice, is that anyone with a non-standard query - which is quite a lot of us - can't be helped. There is no space in their software. The different departments are unable to communicate.

In public services, this adds to the costs as people bounce around different departments and helplines or A&E. See, for example, John Seddon's excellent book. In private companies, it just means people get ignored and frustrated.  And particularly incandescent that the company to whom they are paying money is congratulating themselves on their own dysfunctional efficiency.

Subscribe to this blog on email; send me a message with the word blogsubscribe to dcboyle@gmail.com. When you want to stop, you can email me the word unsubscribe
Posted by David Boyle at 21:59