Hayek, Liberalism and the story of the past half century 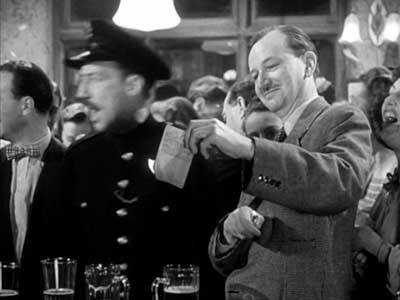 OK, here's a question. Can you guess which book is represented on Wikiquote by the following two quotations?

"Conservatism, though a necessary element in any stable society, is not a social programme; in its paternalistic, nationalistic and power adoring tendencies it is often closer to socialism than true liberalism; and with its traditionalistic, anti-intellectual, and often mystical propensities it will never, except in short periods of disillusionment, appeal to the young and all those others who believe that some changes are desirable if this world is to become a better place."

"The more the state 'plans' the more difficult planning becomes for the individual."

Have you guessed? It is the founding document of neoliberalism, Friedrich von Hayek's The Road to Serfdom.  These were the only two quotations listed and they make both the two points I wanted to make. That, at the dawn of what became the Liberal heresy neoliberalism, Hayek was:

1. Writing a manifesto that was intended to be explicitly Liberal.

2. Aiming at a target that wasn't so much Keynesian economics - Keynes liked the book - but the pseudo-science of state planning.

I have been thinking about this because I have been listening to the New Economics Foundation podcast series about neoliberalism, and you won't hear either of these central ideas articulated.

It seems to me that the Left's narrative about neoliberalism is too naive to overcome it - it understands none of the appeal of its original ideas. It is somewhat vacuous - a fairy tale about nasty people overturning the great and enlightened Keynesian consensus of 1945.

Until we can develop a better understanding of where neoliberalism came from, and why it became such a perversion of itself, we will never force a path beyond the neoliberal consensus we need. And I use the word 'heresy' advisedly - a heresy is an ideology that takes one aspect of the truth and pushes it to absurd lengths.

Part of my counter-narrative is here, but even that fails to do justice to the power of Hayek's original ideas. We need to realise that the history of social policy since the Second World War in the UK, about self-determination and the rejection of state-approved scientific progress, was led originally by Hayek.

What Hayek launched, and others too - like Borsodi in the USA and Schumacher in the UK - was a challenge to conventional progress, just as it was a challenge to conventional categories. We broke out - we rejected the the idea that the government would decide where to funnel resources, and launched a whole series of movements that rejected the Spirit of '45, along with big bureaucracies, official instructions, closed shops, concrete jungles, high rise flats - anything that treated us individuals as amorphous groups.

The result has been the roller-coaster ride we have all travelled during my lifetime - the end of deference, the beat generation, the Liberal revival, the voluntary sector, gender and sexual equality, Shelter, and the breakdown of simple class divisions, the green movement...

Those who voted Margaret Thatcher to power in 1979 were people in the grip of Hayek's original ideas, but also those in search of a sense of independence who were in the grip of his spirit.

Unfortunately, thanks to those who waited in the wings, on both sides of the Atlantic, neoliberalism turned out to be wholly illiberal (this is my conspiracy theory).  It shored up the status quo, rather than undermined it.  It became an apologia for monopoly rather than a critique of it. Instead of a manifesto for the small to challenge from below, it became a justification for protecting the strong and wealthy.

And in direct contravention of Hayek's purpose, neoliberalism emerged - not as a critique of pseudo-science, but yet another pseudo-science itself.

But don't let's pretend that Hayek's original ideas had no power to move. They were hugely influential on our lives, and - instead of naively talking in terms of the fairy stories of good and evil - we need too go back to the original source and see where it all went so horribly wrong.

And if you don't believe me, see how the Hayekian fury with government planning had set in by the time they made the film Passport to Pimlico (1949, see picture above burning ID cards). Someone shouts at the official loudspeakers:

"We're sick and tired of your voice in this country - now shut up!"

That was the Hayek spirit before neoliberalism undermined it. For my Liberal colleagues, it is worth realising the story of our own journey this past half century. It began as the political wing of the counterculture, but getting a bit muddled as the counterculture became so incredibly vast that it could even encompass the man who represents the Spirit of '45, Jeremy Corbyn himself.