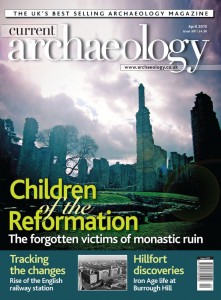 Imagine that a revolution is happening in the nation. We have withdrawn in high dudgeon from pan-European supranational authority – complaining that we are not allowed to be an exception to European rule.

We are also watching an extraordinary overturning of our tried and tested welfare, healthcare and education system, with the institutions that we have relied upon, and complained about for generations, chopped up and sold off to the highest bidders or to favourites of the regime at Whitehall.

As you realised immediately, I’m sure, I’m not describing the political situation here in a year or so, when the UK suddenly leaves the European Union. I’m describing Henry VIII’s reign as England broke away from the Catholic Church and sold off the monasteries which had fed, taught and treated the poor. This is the 1530s, not the 2010s.

But the fact that there is this alarming precedent convinces me, sometimes at least, that there may be a grim historic inevitability that will lead to our withdrawal, along with a major privatisation of the buildings and staff of the welfare state, as the two seem to go hand in hand. History repeats itself, said Karl Marx, first as tragedy and then as farce. I have been wondering what role George Osborne was playing – he appears to be a Thomas Cromwellian figure, intent on selling off Wolf Hall.

I’ve been looking out for parallels between these times, since it struck me – while I was writing Blondel’s Song – that Rome and Brussels had played parallel roles in the English political psyche for centuries, and certainly for the last eight hundred years or so.

In that respect, the EU is a Roman Catholic project designed by Christian Democrats, built out of Catholic social docrine, and it doesn’t mesh well with the ultra-protestant zeal the British have always wanted to impose on it. It may be inevitable, put like that, that we will eventually leave.

If so, we might perhaps be able to sketch out a likely future – decades of bitter struggle between the Europeans and the anti-Europeans, perhaps been a few burnings at the take, followed by a peculiar period of isolation while we stand alone from mainstream Europe, raising the money we need by raiding Spanish treasure ships. No, a leap too far...

Then over the summer, I happened to run across an issue of Current Archaeology which looks in detail at that period after the dissolution of the monasteries, by examining 4,500 child skeletons. The result was described like this:

"Based on my analysis of 4,626 children's skeletons dating from AD1000 to AD1700, I found that the Reformation caused the single greatest change in childhood health, and that it had more of an effect than the Black Death, Wars of the Roses, or Hundred Year's War. Children's bones allow only one possible conclusion: growing up in Reformation England was a traumatic experience."

This confirms to me something I had always suspected, that the Catholic historians – plus William Cobbett – were right that the main impact of Henry’s withdrawal from the authority of the Pope, and the parcelling up and sale of the monasteries, were experienced most traumatically by poor people who depended on them.

So let’s try not to repeat history if we can help it. Or if we really need a new Reformation, let’s have some kind of alternative community safety net in place first. We do at least have a voluntary sector these days - just.

Subscribe to this blog on email; send me a message with the word blogsubscribe to dcboyle@gmail.com. When you want to stop, you can email me the word unsubscribe
Posted by David Boyle at 09:25