How the radical centre could win 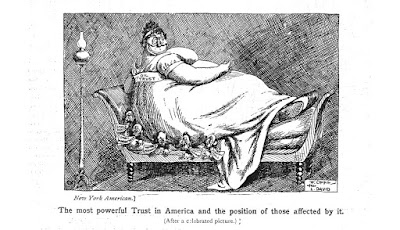 A couple of years ago, I heard for the first time a hint of what I believe is both the past and the potent future of a Liberal message for business - enterprise, competition, the right of the underdog to challenge the conventional, the feather-bedded, the privileged and the monopolistic.

It was Leeds MP Greg Mulholland talking about the entrenched monopoly for the pub companies, which had allowed them to squeeze the licensees. Since then, I have begun to hear the same message with increasing frequency from Liberals - until I heard it definitively in Tim Farron's talk to the group Lib Dems in Business.

It was there also in his leader's speech. In fact, it was the first hint of a radical Lib Dem position on economics for some time, developed out of Vince Cable's and Danny Alexander's work in government, and I must say my heart did a little leap when I heard it.

Liberals are, for psychological reasons, semi-blind to economic issues. They just don't see them - just as socialists don't really get issues about centralised power. In fact, one leading Lib Dem blogger listed the policy issues in Farron's speech and left out economics entirely - I won't say who it was - as if they hadn't heard it.

As I have mentioned elsewhere, I can't see how a political party can aspire to power without putting forward a reasoned, cogent, powerful recipe for prosperity. If they don't - and neither main party of the left did so in 2015 - they can hardly be surprised when people assume the Conservatives are the safe pair of economic hands.

As things stand, challengers from the left omit economics and business - as if it somehow wasn't their business at all - and concentrate on welfare, just as Corbyn has done. Welfare is important, of course, but it isn't somehow the guts of the matter.

They are also usually too puritanical to attempt any other kind of policy appeal, as if discussing economics wasn't just dull - it was downright insulting to the poor. The result is the disastrous Fabian position: ignore business completely and concentrate on public administration.

Luckily, I have the answer. It isn't a complete answer. It doesn't yet tick all the boxes - a great deal more thinking is required to put flesh on the bone, but this is the position a radical centre will have to take to shove the Conservatives aside and take power.

1.  Pro-enterprise, pro-competition, pro-challenge to the status quo, and the promise to end the current semi-monopolies in so many areas of modern life, and to set entrepreneurs free to challenge from below - backed by a new generation of local banks and business mentoring and coaching. The Conservatives are already trashing the emerging green sector and a range of other sectors are held back by centralised banking and oligopoly power. We have to show, in much more detail, how privileging the big against the small is undermining the economy. But that is the basis of the new radical centre for economics.

2.  Public services that are both more effective and less expensive, based on co-production and system thinking, setting the inflexible public service system - encased in a concrete, authoritarian cage by Blair and Brown - free to prevent and to treat people individually, rather than tackling symptoms over and over again. This will require some up front investment and a great deal of thinking before we can set it out clearly. The old left will never compete on the same ground either.

3.  Regular dividends from national or local energy investments, as they have in Norway and Alaska, or - perhaps like the proposals for the ScotPound - a regular annual dividend paid in a non-inflationary parallel currency, as an alternative to the seriously inflationary qualitative easing (which mainly goes, via bankers' bonuses, into London house prices).

Gar Alperovitz, the American visionary thinker, argued recently - following Schumpeter - that the American left ought to have been looking more closely at spreading the benefits of public investment.

I don't know how these proposals would work precisely, but I can - and do - argue that they work in principle. There are years ahead for the Liberal thinktanks - if there are any - to work out the details. But this is where it starts.  You heard it here first!


Thanks for food for thought David.

The idea of co-production and unleashing the creative energy at the grass roots is very fine and probably the best hope for getting out of the depressing mess society is in. It's not anything new though - it's something people do naturally if we are not prevented by too many rules and authoritarianism. We get together with whoever we can find and solve problems. I suggest though the language you use is a problem - reducing people to commodities. Is co-production in real speak a natural outcome of being friendly and humane? words often ignored by academics, perhaps because they cannot be controlled or measured.

I am a sentient being not a human resource and I don't want anyone tapping my assets. I would like though a genuine opportunity to share and participate. A friendly and humane atmosphere. It's a whole new kind of relationship and may be difficult for professionals who are used to being the decision makers. If ordinary folk are to gain in power someone will have to relinquish it. And speak in language that has warmth and creativity to show we are in it together. Who's going to go first?

As Karin pointed out, the author hasn't listed novel or untried solutions, and I must say, competition seems to work against us most of the time insofar as each company that 'loses' pumps more gasoline on the fire. Could I say, why don't we try re-establishing the older economy that capitalism overthrew, one based on the broadest distribution of ownership rather than income? This can be a gradual transfer, not revolutionary but based on the break-up of monopolies combined with regulation to keep ownership distributed. For example, steeply escalating taxes with the fourth pizza franchise, and so forth. New wealth could be owned by the individual taxpayers of the nation (not by the government). We could also support the distribution of unused arable land to interested parties. South Korea is actually doing this with success in a new initiative (google South Korea Back to the Land), insofar as ten thousand persons since January have taken advantage of the program, which includes, land, tools, and technical support, according to one report I read. We must also do everything possible to boost our own native birthrate, and there are so many possibilities that cost little or nothing, just a matter of access. I refer you to Jonathan Last's What to Do When No One's Expecting, which is a little party platform all of its own. This is the key to our economic recovery, and sustained health. There won't be an economic recovery without it. None of these suggestions are socialist, but are people-oriented the way the old economy used to be, when both health care and education were free and open to all who wanted it, which was a greater proportion of the population than presently enrolled, and included women (from The Thirteenth Greatest of Centuries).