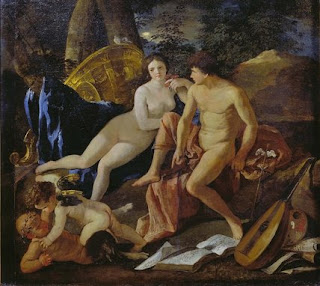 I went to the Dulwich Picture Gallery to see the Ravilious exhibition over the summer (very good it was) and happened to catch my eight-year-old fiddling with their online comments machine.

Creeping up behind him, I saw he had written: "I likd the nacked womens (sic)" (the gallery is known for its acres of seventeenth century flesh). I chuckled a little about this until it struck me that he would have had to sign in with an email to write a comment.

"What email did you use?" I asked, and rather hopefully: "Did you make one up.?"

I mention this slightly embarrassing blot on my otherwise untarnished online record as a way of saying that not everything you find online is necessarily what it seems. It may be, of course, but often it isn't.

So if commenting on 'nacked womin' had somehow some kind of terrorist significance, and I had been in another country at the time, I might have expected to be killed by an RAF drone without further ado.

This is not to cast doubt on whether the extra-judicial execution just carried out by the government in Syria was necessary. It probably was. Certainly, if the security services had known about a threat to the Queen and had failed to act, they would have deserved to have been bundled out of office.

But two things still worry me.  Since John Gummer fed a beefburger to his daughter to prove how safe they were, at the height of the Mad Cow Disease epidemic, and since Tony Blair talked about the 45 minutes before Iraqi weapons of mass destruction would land, I have been sceptical about what successive governments have told me.

I believed both those assurances. I now believe very little.

The second thing is the sheer inaccuracy of data and online evidence. So if we devolve our decision making and intelligence to machines, robots, drones and data, then mistakes will be made. If we start bombing people on the basis of data, rather than knowledge, we will eventually reap the whirlwind - as the Americans appear to be doing with their drone strategy.

Years ago, I remember a Punch cartoon with an NYPD plane flying over New York City and dropping bombs.  The policeman in the cockpit is saying: "Don't worry, we're bound to be hitting someone who's breaking the law."

What a good thing our own government would never behave like that.

Because we are already rendering our institutions stupid by automating the wrong functions. The purpose of government data policy is too often just to replace professionals, not to improve services. That is one reason why so many of the cost-cutting has led to increased costs, but that's another story.

Data looks objective but, all too often, it depends on definitions which are endlessly malleable. Or worse, it depends on some kind of programmer making these lines of delineation on the fly. One of the most serious defects of public service policy is the over-reliance on wobbly, tweakable data which is busily deluding those at the top of every hierarchy. For some reason, governments are more deluded by data than almost anybody else.

Let's just make sure that the most important decisions - like when to raid and when to pull the trigger - don't get automated in the wrong way.  Not just for their sake, but for ours.