The three problems with Corbynomics 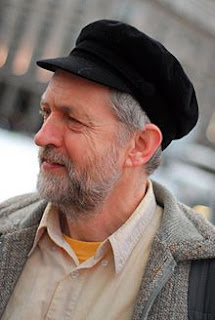 My time for Labour MP Graham Stringer's conspiracy theory about the Labour leadership rather expired when he said there were Lib Dems joining his party to prevent Jeremy Corbyn becoming leader. In my experience, most Lib Dems I know find Corbyn's campaign rather a refreshing change.

I realise that contradicts the world view of many of the stodgy Labour Party types who are some miles from understanding their Liberal opponents. But so it is. Corbyn is offering an alternative, and it is about time somebody did.

But is it a forward-looking alternative or a backward-looking one? Well, spurred on by James Graham, I read his economics document and listened to his interview with Andrew Marr - and I think I agree with James.  The problem with Corbyn's economics is:

"His solution to everything is state centralisation."

It is fascinating and exciting that someone has managed to break the Labour blancmange but there are difficulties with an economic policy that claims to be about 'rebalancing' but is actually deeply conservative. So here are my three problems with Corbynomics:

1. Where are the mutuals? There is very little about transformative new structures of enterprise like mutuals, especially those which can be genuinely innovative running public services.

2. Where is the local lending?  The idea of a national infrastructure bank, spending money created by the Bank of England, is a sound one - but it doesn't solve the problem about how that money filters down to the entrepreneurs at local level because that requires access to local risk information. It makes precisely the same mistake as the coalition, assuming that - if they provided money to the big banks and told them to lend it to SMEs - they would be able to do so. In fact, as it proved, the banks had long since abandoned their own local structures and were consequently unable to lend the money effectively.

3.  Who is the community? Corbyn claimed in one sentence that "the state, the government, the community" were all one and the same. This is precisely the mistake that state socialists have made throughout - they can't see the distinction between the Man in Whitehall, the ministers who instruct them, and you and me. Here is the basis of a new kind of tyranny: The People have spoken, and we must do their bidding.

A nervous shiver ran down my spine when I heard that he wanted to re-nationalise energy production.  Because, of all the institutions that have disappeared over recent decades, I go down my my knees to thank providence that we don't any more have to contend with the old Central Electricity Generating Board (CEGB).

I remember the futurist Francis Kinsman describing an encounter with one of their managers after a talk he gave on the rise of the ‘inner-directed’ approach to life – those people who put independence, health and self-improvement above keeping up with the Joneses.

While much of the discussion had been about the benefits to business of independence of mind, the CEGB manager took him aside afterwards to ask how they could recognise inner-directed people on the payroll.

It transpired that his interest was not to promote them, or get ideas from them, but so that they could weed them out.

Let’s face it, only centralised bureaucracies on a truly Soviet scale – buttressed by centralised assumptions – could have succeeded in producing the staggering waste, delay, expense and secrecy of the British nuclear industry over the past half century.

This is not to suggest that the current oligopoly is much of an improvement, but don't let's leap out of the frying pan and into the fire.

I agree about the centralising issue -- the only exception being the railways. Those should be re-nationalised.

With regard to electricity, gas, water, telecoms etc., aren't these all part of the basic infrastructure which should belong to all of us? The problem with previous nationalised industries seems to me to be one of centralisation - surely an element of local control could solve this? Basic requirements for living should be non-profit, not a cash cow for the management and (often foreign) owners and shareholders.

And lets talk about nationalising the money supply too ;)