The lesson from the Chicago police that never gets learned 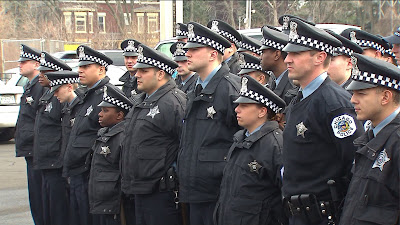 It is now exactly four decades since the future Nobel laureate Elinor Ostrom carried out her groundbreaking research into the systems used by the Chicago police.

When she won the Nobel Prize for economics in 2009, it was doubly unusual: no woman had ever won it before, and she wasn't even an economist. She had been at Indiana University for most of her career, spending much of her time in the 1960s, by her own admission, getting her own students out of gaol after anti-Vietnam War protests.

It was the period which saw the huge consolidation of schools in the USA, reducing the number of school districts from 110,000 to just 15,000 in the four decades up to 1950. There was a similar consolidation of hospitals, police forces and companies. This was the emerging era of big corporations that has rendered so many of our public services so ineffective.

Ostrom was fascinated by the issue of scale. When she scraped up enough money to begin research, she decided she would look at the same phenomenon which was happening across the USA of consolidating police forces into larger and larger units.

She had just enough money to hire cars for her research students to drive around Indianapolis for ten days, and test out the effectiveness of different styles of policing. It was pretty clear, after the results came in, that the smaller the police force, the better they were at responding to emergency calls. It is the same in the UK, even now.

This challenged conventional thinking, which assumed then – as it still does – that bigger is better. Her black students urged her to have a proper look at policing in Chicago, and sure enough, it was the same there. The small police forces in the black suburbs were just as effective as the huge police force covering central Chicago, which had fourteen times the funding.

The Chicago police were interested in her research and asked her why she thought the crime rate seemed to be rising when police shifted from walking the beat to driving round in patrol cars. It was here that she made her real breakthrough, understanding how much the police need the public, and how cut off they had become.

She needed a word that described that indefinable co-operation between police and public which was so easy when they walked around. She called it ‘co-production’.  More about this in my book The Human Element.

If the police forget how much they need the public – and disappear into technocratic systems, patrol cars or bureaucracy – then crime goes up. It is the same pattern with doctors: they need the co-operation of patients if they are going to make them well.

It was such a momentous finding that public service managers have found it hard to swallow, then or now. But I thought of it after reports last week that the Bolton police have withdrawn their people from the beat - just as the Chicago police did 40 years ago.

Apparently, the days of police on the beat have gone, according to senior officers from Greater Manchester.

Of course, this isn't a decision that is entirely taken for its own sake. There have been warnings for months now that more spending cuts would mean withdrawing from the beat.

But for some reason, public service managers find it hard to learn the basic lesson.  If you take away the human element and rely on systems, and IT systems in particular, then your effectiveness will be seriously constrained. In this case, crime will go up.

Last week, I asked why politicians find it so hard to grasp the opportunities of new models for public services, even when they are proven and less expensive.  This question is just as important: why do public services managers have to learn the same lessons about the human element over and over again, but never remember it?