The future of food is local after all 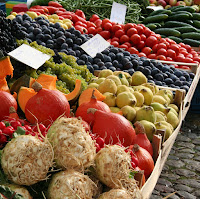 It is now nearly 12 years since I published my book Authenticity: Brands, Fakes, Spin and the Lust for Real Life. I can't say I exactly won the argument at the time, which was that the demand for authenticity - and especially in food - was a long-term major trend.

I also argued that it wasn't a con.  It wasn't about the big food manufacturers pulling a fast one, just by putting a picture of an old-fashioned farm on their packaging (see my more recent take on it in my ebook The Age to Come).

Another book, also called Authenticity, has been published by Harvard University Press, which makes the call the other way.  It was a tough argument.  I had a hard time with it, from people who felt I was being hoaxed to people (Vanessa Feltz springs to mind) who just got cross with me.

Then I opened a recent copy of Fortune magazine and realised that I was right, after all.  The demand for healthy, fresh, 'real' food is now so powerful in the USA that it is turning the food industry upside down, and beginning to re-localise the production of food.

Hershey's are taking BST milk, GM ingredients and artificial flavours out of their chocolate bars. Campbell's Soup has bought baby food maker Plum Organics, and - to keep its authentic spirit - has made it a public benefit corporation.

There are also - according to a separate article - now nearly 8,300 farmers markets in the USA, having grown at an average of 19 per cent a year for 19 years.


That is one hell of a lot of money shifting out of big food corporations and into small-scale local production. You can see signs of similar trends emerging here, but not nearly so fast.

The 25 biggest food and drink corps in the USA have lost a total of $18 billion in market share since 2009. That seems to me to be good for the economy: it is $18 billion not going in mega-salaries, and dedicated to the wrong kind of efficiency, and shifting instead into local employment and innovation.

This is what Campbell's CEO Denise Morrison said:

"We understand that increasing numbers of consumers are seeking authentic, genuine food experiences, and we know that they are sceptical of the ability of large, long-established food companies to deliver them."

As I predicted, this is hard for the big companies. To demonstrate the same kind of authenticity, they are buying up small, healthy food producers, only to find that - in the stultifying big company culture - their new purchase kind of shrivels up like an elderly organic lettuce.

You can see something similar happening in the beer market. It is an overwhelmingly healthy sign - forcing the big food corporations to adapt and change or to die out. I hope something similar emerges here fast - and, perhaps, even in banking.

It is even happening in the energy market, but extremely slowly. But the mere fact that it is possible at all - that we are not locked into buying from semi-monopolies as much as we feared we were - is a heartening thought on a less than heartening day.

Very glad to read something from you I wholeheartedly agree with, David!

Thank you Deborah. We really agree all the time tho, don't we - deep down!