Is the NHS pulling in opposite directions? 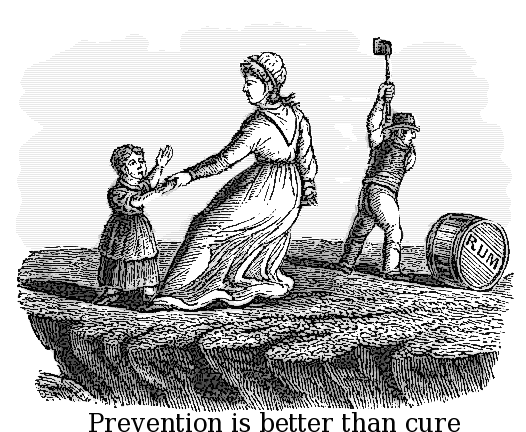 Years ago, I remember sitting in the Lib Dem policy committee talking about I meant to call 'preventative health', but which I accidentally kept on referring to as 'health prevention'.

Half-way through, Conrad Russell - the much-missed Earl Russell - tapped me on the shoulder, indicated his packet of cigarettes, and said: "I'm just popping outside for a bit of health prevention".

All of which is a way to say that prevention as the key to the future of the NHS is hardly new.

Even so could you imagine anyone coming out with a report on the future of the NHS which is clear about the problems, honest about the solutions, minces no words and gets the overwhelming endorsement of absolutely everyone?  Because that is what Simon Stevens has managed in his Five Year Forward View, published yesterday.

That is a huge achievement in itself.  It is a bold approach to prevention and local control that everyone appears to be embracing.  It only has a paragraph on what I would call co-production, but Stevens evidently gets it.

Three things occur to me.

The first is kind of partisan: the combination of prevention, flexibility and integration is precisely what the Lib Dems set out - though in slightly different terms - in their new public services programme debated in Glasgow.

I'm not sure what it means when the NHS chief executive comes up with the same themes a few weeks later.  It may mean the Lib Dems were right; it may also mean that they didn't go far enough.

The second is that prevention requires a little more thought.  The New Labour approach to prevention patently didn't work - advertising and professional exhortation to us to drink and eat a little better.  Part of the problem is that effective prevention policies can't be pursued by the NHS alone - because they involve food policy, employment policy and much else besides.  Stevens hints at this but it requires very high level backing indeed.  As he says, it needs to be a national 'movement'.

It also implies a serious shift in funding away from hospitals. Which is when the trouble starts.

The third is that this report seems to me to mark the end of conventional competition in the NHS.  There will still be a market, and a commissioner-provider split.  There will still be choice - but there is no way that Monitor, for example, can preside over the kind of integrated care that is set out here and regulate it as a market in the way that Andrew Lansley originally intended.

In fact, I find what passes for a debate about the NHS at the moment really rather peculiar.  Partly because the left seems to forget that the original turbo-competitive version of the Health and Social Care Act wasn't actually passed.  Partly because the Department of Health seems to be going in two directions at once - on the one hand towards more formal competition, on the other hand towards more integration.

The two can live alongside each other up to a point, but only just.  One of them must be compromised, and the idea that the NHS is being 'sold off' in some way - which we hear constantly from commentators - is not quite accurate.  Something else is going on as well.

Yes, there is a great deal of private investment and private sector provision, though far too few social enterprises and mutuals being commissioned.  The narrowing of contract culture is having a serious effect - the real problem here, it seems to me.  Yet at the same time, this report is evidence that there is another direction entirely being planned - integrated primary care, integration between the NHS and social care.

How does this live with more competition?  I don't know but I think we should be told.