John Major and the price of everyday life 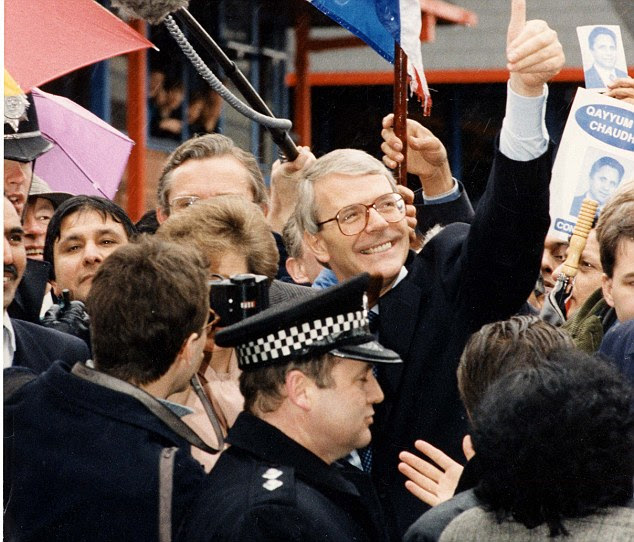 The social democratic think tank the Policy Network has invited me, along with thousands of others I expect, to a seminar on what they call the Insider-Outsider Dilemma.

This is how it goes.  Parties of the left are unsure whether they should appeal to people excluded from mainstream markets (claimants, outsiders) or to the mainstream people who get by (middle classes, insiders).

If they go for the outsiders they can, at least, be clear about where they stand - but they risk alienating everyone else.

If they go for the insiders, they have a potential winning constituency but risk losing their purpose and core beliefs, which has other downsides - like losing voters to the left.

Polly Toynbee is a speaker in the seminar, which kind of gives the game away a bit.  I have to confess my own bias about this; that this is an irritatingly Fabian approach to the problem, which assumes that the purpose of the left is to defend the social democratic consensus exactly as it was circa 1970.  But, in their defence, that's not how they put it.

So perhaps I'm being terribly unfair.  But it seems to miss entirely the way the economy has been moving over the past generation, ever so slowly but inexorably.

The point is this.  It is increasingly difficult for mainstream people in work, including ever larger chunks of the middle classes, to get by without support from the government.

They need Help to Buy because the housing market is geared for the interests and prices of foreign investors.   They need housing benefit even though both partners are working.  They need Funding for Lending, which still doesn't work, if they want to borrow money from a bank to start or expand a business.  They get by on child tax credits or more old-fashioned kinds of credit via re-mortgaging or credit cards.  Their pensions, the mainstay of the middle classes, have been corroded by the kind of investment managers that Prince Charles lambasted last week.

Increasingly, ordinary people can't afford the vast rents and mortgages in southern England, and the government moves to subsidise - brushing the basic problem under the carpet, shelling out in housing benefit for working families because rents are shooting up..

What is happening is that everything we thought of as the economy is beginning to move to the margins, often subsidised by taxpayers.

Energy prices rise as the big utilities extract the benefits of monopoly (and so do the French and the Chinese), and because successive governments wasted the returns from North Sea Oil.

Public services become increasingly unaffordable as the PFI contractors extract the benefits of successive governments determination - at whatever cost - to take their debts off their balance sheet.

Other monopolies make best use of the UK's bizarrely forgiving corporate tax regime to move whole sectors offshore (Amazon has done so for the book trade).

No one party has been responsible for the sheer unaffordability of mainstream life, so it isn't remarked on.

The Resolution Foundation has been tracking this trend as it spreads up through people and families on middle incomes - but it increasingly now afflicts families beyond Resolution's remit.

It is this peculiar and largely unremarked process that was at the heart of my book Broke: Who Killed the Middle Classes? (which also suggests some ways out).

And here is the answer to the Insider-Outsider Dilemma.  There need be no real dilemma, because the insiders are increasingly outside the economy too.

In fact, the insider-outsider dilemma ought increasingly to afflict parties of the right, as they struggle to find anyone who benefits much from the status quo.

This is also the background to what looked like a critically important intervention by John Major yesterday on energy bills.

Major may have been the great privatising prime minister, but he is also a bellwether for middle England.  What makes his intervention so important is that he can see, just in the energy market, how people in mainstream society are beginning to need subsidy - and he doesn't see why the energy companies shouldn't pay for it.

That is symptom rather than cause.  No political party has dared yet articulate the cause.  It is time we started to knit together the bits of the picture so that they might have some chance of doing so.