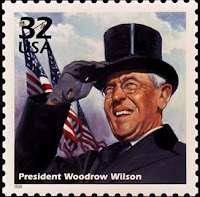 The headlines of national papers are very rarely the same, even if they are covering the same story.  But on Wednesday, the Times and the Daily Telegraph both came up with the same one: 'Profit is not a dirty word, says Cameron'.

This may be the sign of a similarly abject relationship to the press office at No 10.  But both papers saw this phrase as the key element of David Cameron’s speech to his own conference.

By implication, we were supposed to see this as a riposte to Ed Miliband's attack on the energy providers.  It also provides a glimpse of the next election – state control versus a defence of profit.

There is, in turn, an answer to Cameron: profit may not be a dirty word, but profiteering is.  Can he tell the difference?

This is important because it reveals just how impoverished this debate is in the absence of a distinctive Liberal voice – and you partly have to blame the Lib Dems for this.

In the blue corner one party defends big business, and in the red corner they attack it.  Where is the voice for small business which is not actually a subset of big business, but a distinct sector of its own?  And a really crucial one, given that it is the SME sector that produces jobs and pays taxes.

I’m inclined to blame this damaging blind spot in the debate on the way that Liberalism has rolled over and accepted the slow shifting of language in economics away from its traditional position.

Liberals have allowed big business lobbies like the CBI to claim that they are speaking for all business.

They have allowed free trade – originally a Liberal imperative to banish the economic shackles on the poor - to become a licence for the rich and powerful to ride roughshod over everyone else.

The result, it sees to me, is that costs are rising, and in every area.  That is what happens when you become dependent on monopolies.  It isn't just happening in energy either.  Wherever you have monopolies or oligopolies of suppliers or providers, jobs shrink and prices rise.

The truth is, as I wrote in my book Broke, that costs are rising so fast that ordinary middle class lives are no longer quite affordable – nor for anyone poorer.  Because the economy is increasingly geared to suit the needs of the mega-rich.  Recovery won't change that, and the sooner we face that the sooner we can act.

Is there anything we can do about it?  Well, I think there is. It means re-dedicating the forces of Liberalism to their original economic policy: breaking up monopolies.

So I’m grateful to Tony Greenham for sending me this by the American Liberal Woodrow Wilson in 1913.  This is how he put it:

So that is the way forward.  Major anti-trust action, in energy, in the grocery market, in the online world, in pharmaceuticals and foods - not because they have necessarily broken the law, but because we need instead the inventions and ambitions of unknown men and women.

You might reasonably add to the pot the perception that it is very hard to find a regulator whether statutory or not which actually operates in the public interest as opposed to the industry or service it is supposed to regulate. I have long thought (as a Lib Dem) that root and branch reform of Britain's system of regulation is something which the party might usefully take take up as part of its policy for the next election.