The strange and worrying silence of Paul Maynard 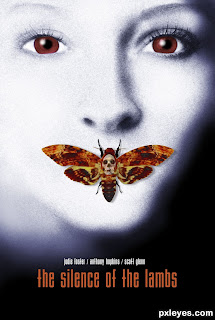 Apologies for my absence for the past week or so. This was partly because I've been away, but it was partly also because I've become so frustrated at the level of public debate about my chosen subject (the collapse of Southern Railways) - of which more in a moment.  I find it staggering, even under the new government, how close the embrace has to be between government and operator if the market is dominated by semi-monopolies.

That is the only explanation I can think of why the new rail minister remains silent, why the Transport Secretary blames GTR's failure to run its franchise to any kind of acceptable level on the unions - when their disruption (a pain in the neck too) is a drop in the ocean in comparison.

In comparison to what? Well, it is worth exercising the reasons why the trains in the south east are so disrupted (and you can find out more in my book Cancelled! for just £1.99 for the ebook!). Here they are:

(1) Serious and unaddressed staff shortages - they are about a quarter down in some depots just on the drivers they need to run their full timetable.

(2) Inflexible new centralised arrangements for overtime which prevent depot managers from negotiating anything less than a full shift.

(3) New and inexperienced staff at the control centre at Three Bridges.

(4) GTR's failure to engender trust with frontline staff, despite their courageous loyalty during the recent three months of disruption - not helped by this persistent myth that the delays are due to some kind of industrial action.

(5) A catastrophic collapse in morale among frontline staff and middle managers.

To which you might add that these issues are not being addressed because of the debilitating myth that this is the result of industrial action, the so-called 'sicknote strike'. There is no evidence for this and it is frankly astonishing that Chris Grayling keeps peddling the myth at all.

As I understand it, the sickness levels among frontline staff have now sunk back to pre-dispute levels, yet the disruption continues. They don't actually have the staff they need. Even today, I see that the Gatwick Express has cancelled a fifth of their services.

Even more staggering, the Department of Transport - which originally agreed to a shortened timetable because of the levels of staff sickness - has agreed to extend it for four weeks, even though there is no more sickness than usual.

I also understand - but could do with some confirmation of this if anyone reading this post knows more than I do - that GTR has decided to stop training their new on-board supervisors and have shifted them into a full training to be guards, which at least means they are thinking ahead.

What is being done about all this? Well, thanks to the myth that this is due to industrial action, far too little. And what is being done is all short-term, emergency measures. I gather the new emergency timetable gives GTR the right to increase the number of hours their drivers will work per shift, without consultation.

GTR managers are also being drafted in to drive trains. And as far as I know, they are still processing applications for voluntary redundancy to cut costs.

None of these amounts to a solution. It also threatens to bring the drivers union Aslef into the dispute, which will allow the politicians to create even more of a smokescreen.

In fact, both smack of the sort of desperate short-termism that characterises British governments at their very worst, as has done now for decades - short-termist, unimaginative, cravenly authoritarian.

There is a whiff of the end of privatisation about all this. Not that we can go back to the old central control. It means there are now so few bidders for the franchises, and the relationships are so incestuous, and the control by Whitehall so tightly detailed, that none of the benefits of privatisation are possible - where is the breath of fresh air, the imagination, the customer focus, the investment, the competition?

It is extraordinary that the ministers and the GTR managers are now locked into a mutually destructive relationship that means that they have to continue to remain silent, or to defend the indefensible.

Something has to give. And the silence of the lambs, and Paul Maynard, continues.


See my book Cancelled! on the Southern Railways disaster, now on sale for £1.99 (10p goes to Railway Benefit Fund). One of my correspondents suggests that we all buy the paperback version (£4.75) and leave copies on the trains...
Subscribe to this blog on email; send me a message with the word blogsubscribe to dcboyle@gmail.com. When you want to stop, you can email me the word unsubscribe
Posted by David Boyle at 09:22

" these issues are not being addressed because of the debilitating myth that this is the result of industrial action, the so-called 'sicknote strike'. There is no evidence for this and it is frankly astonishing that Chris Grayling keeps peddling the myth at all."

It is not astonishing that Grayling does that - it is how he has built his career, as a bully at the top of whatever department is unfortunate enough to have him. The truth matters nothing compared to trampling on whoever he perceives as his opponent.

The fact is staff are now working some rest days.And GTR still cannot run their temporary time table. The latest threatening letters have been sent to staff with the resistance is futile dogma enclosed. I guess they are waiting for the ASLEF ballot results now. There are some serious safety issues being ignored about the new trains and DOO working drivers have been asking if GTR have any plans for proper DOO training. Seems they don't.

I am a Southern conductor, I am concerned about the way we are now being used as pawns by the DfT and the RMT with industrial action popping up all over the place, (other train companies and jr Doctors), with the media and the Government saying this is coordinated to disrupt the Conservatives. I voted conservative and am pleased that Teresa May is now leader, but I also voted to strike because I don't have faith in GTR. I a anxious about the future of my job, and I believe the train passengers are safer and better served with a fully trained conductor on every train. If the Government sees us as just disruptive militants then they will put their full force behind GTR and the DfT who have their own agenda.

We keep hearing the LIE that this dispute is over who closes the train doors, but my experience as a passenger is that the driver already closes the doors.

The guard stands on the platform and looks along the train. When he judges it's safe to do so, he signals to the driver to close the doors, then checks that all the lights are out, indicating that the doors are safely locked. It's only then that he turns a key to close the final pair of doors, and then signals to the driver that it's safe to move off.

The dispute is NOT over who closes the doors, but about who decides when it's safe for the driver to close the doors, a vital function that should never be entrusted to CCTV.

The guard has a set of door controls which are "locked" with his T-key. These include both local open, global release (which doesn't open the doors but does allow passengers to open them with their local buttons), distant close & lock, and local close.

During normal guard-only dispatch, the guard should check the length of the train (in practice guards will candidly admit they aren't always very thorough) to verify everybody is clear of the doors, then they press close & lock, which starts a hustle timer, open doors sound a bleeping "hustle alarm", and then after a few second close. Once the doors close, they should check again (really common to skip this, especially at quiet stations), step aboard, close the local door, wait for it to shut and then signal Ready to Start (two bell rings) to the driver. Then he removes his T-key and flips the control panel shut.

Ready to Start is usually the only signal to the driver at a station, a modern train won't let the driver take power with doors showing as open, and the modern rulebook requires the guard to observe any starting signal and not close the doors until it clears so as to afford a second line of defence against "ding ding and away" errors made by drivers in prior eras.