The way to succeed is sometimes sideways 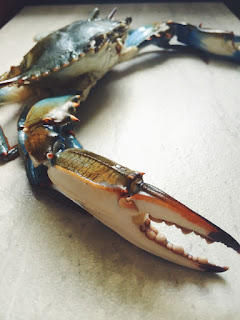 I was speaking at an energetic event last week at the RSA about people-shaped localism, an excellent title, which I wish I had thought of myself.

I found myself feeling a little at one remove from the general discussion, not because I somehow disapprove of consultation or public involvement in decisions, but because I have a sense that I have been hearing about wonderful but marginal experiments in consultation my entire adult life - without them actually becoming mainstream.

There is a reason for this and, sitting next to Matthew Taylor, director at the RSA, I was given a bit of a clue. 'Obliquity', he said.

It was a word coined by John Stuart Mill and it is an extremely, not to say increasingly, important concept in public policy. It is also a kind of antidote to utilitarian target culture, which we are now so steeped in that we no longer notice it.

It means that we can only achieve some key elements in public policy obliquely.  Not directly.

It's like friendship. If you go out directly to make friends, it doesn't work terribly well.  But if you go out to do something else, join a theatre group, a voluntary organisation, a political party, then the chances are that you will make friends much  more successfully but as a by-product.

Hence my scepticism about going out to involve people in the management of services. It isn't that it's not important. It's that you can't just show up and organise it directly. If you do, it will fizzle out quickly, leaving you with a handful of semi-professional 'community or patient representatives' who actually rather enjoy the business of sitting around a table. By definition, they are not actually very representative, and sometimes get a bit self-important.

On the other hand, if you put in place the kind of co-production infrastructure where people can play an active role in the delivery of services, their power increases, they are needed, they work together and tend to trust each other from a position of knowledge. And then - but only then - they might be prepared to get involved in the management of services.

What is interesting about obliquity is that it applies to a range of other higher order policy objectives - from good parenting to eating healthy food. None of these seem to work if you focus on them directly. Or really, let's be honest, if you try and nudge people into the right behaviour, whatever it is considered to be.

What is interesting, and sightly disturbing, is that for the past generation ago we have believed that social policy had to be approached obliquely via economic  policy.  Give people enough money and the rest would follow.

This turned out to be the wrong oblique approach.  it provided only part of the basic requirement for effectiveness, which is I think a kind of reciprocity.