We should nominate Elle for the Turner Prize 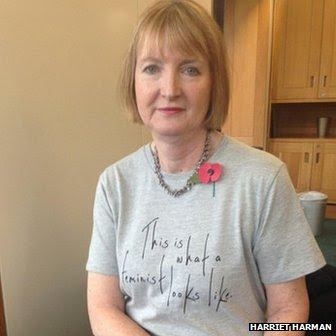 The mainstream arts world is a peculiar place.  It struggles these days, not so much for beauty in the Ruskinian fashion, but for controversy - to frame a contradiction more sharply, to act it out, to see things more clearly.

It is true that most of what is produced, even for the Turner Prize, fails to rise this far.  But then something comes along in real life that makes all their efforts redundant.

Can you imagine how a artist's career would have been made just by dreaming up and performing the bizarre dance of embarrassment by Elle, Whistles and the Fawcett Society over their sweat-shop T-shirt campaign.  How everyone in search of popularity managed to be photographed putting one on, how they checked - of course they did - the so-called supply chain.  But failed to pick up the phone to speak to someone in the actual factory.

I hope Elle and Whistles are pleased that they have inadvertently publicised the issue of sweatshops - but I expect they are still execrating each other behind closed doors.

What this whole mistake means, it seems to me, is that the gulf between trendy, branding campaigns and the real underlying economic issues is as wide as ever.

Yes, people can be photographed in a T-shirt, but they seem blind to the underlying economics - even a bit bored by it.  As if it was somehow unavoidable.  As if anything more than one-dimensional causes are really too much.

There encapsulated in this amazing installation is the central blindness of the modern world.  It would be enough to win the Turner Prize.  In fact, I'm going to see if I can nominate the Elle magazine and Whistles.

Is the Mail-generated scandal quite as clear-cut as they made out?