Why governments take so long to act 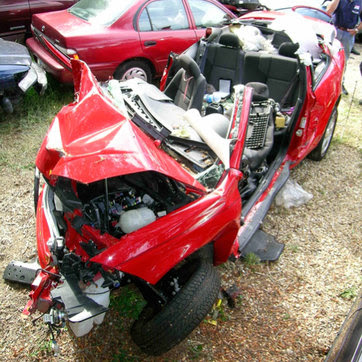 I'm a little behind with my reading, what with moving house in the summer and the constant business of navigating the remaining cardboard boxes full of books.  So it has taken until now for me to read the edition of Fortune magazine from last month about the progress of General Motors.

What I read was so fascinating and seems to me to shed light, not just on the strange business of the Home Office's failure to appoint anyone to head the historic abuse inquiry who can sustain the job for more than a few days, but the mysterious business of why governments mess up as often as they do.  Maybe even a clue about crashes like Virgin Galactic (though Branson has denied that warnings were ignored, so maybe not).

It was the strange story of GM's recall scandal involving the failure of the airbags in the Chevrolet Cobalt.  It was clear from April 2013 that the fault lay in the ignition system.  Then - nothing.  This is how the business writer Geoff Colvin put it:

"No order for an immediate recall, no report to high-level executives.  Not even the general counsel was told.  Instead ... 'the response to the revelation was to hire an expert'.  It took six months for the expert to provide his written report, which merely concurred with what outsiders had been telling GM for years: that faulty ignition switches too easily turned from run to accessory mode, disabling the airbags.".

Even then, they didn't act.  The engineer had to read and consider the report.  Then he put his views to various committees.  Finally, GM recalled the model in February this year.  They had known exactly what the problem was for nine months - and 12 years after it was clear there was a problem.

GM's new CEO Mary Barra is using the disaster - which seems to have killed about 13 people - as a way to turn GM's exhausting culture on its head, not by forming another committee but by "behaving differently every day".

One of the problems about deciding urgently important things by networks of committees - in giant corporations or in Whitehall - is that people can avoid responsibility for the decisions.  There are benefits too, but it makes change so exhausting that it happens extremely slowly - often beyond the point where it comes too late to make a difference.

Or, like constitutional reform, you wait and wait and then the committees disgorge some hastily contrived, seat-of-the-pants compromise.  I heard the late lamented Joel Barnett on the radio today, to mark his death, complaining that the Barnett Formula which still governs the fiinancial settlement for Scotland and Wales was just one of these - something to satisfy some urgent crisis at the time.  But decades ago.

The bigger the organisation, of course - the more crass the management style - the worse these features tend to be.

So Mary Barra fascinates me.  As head of HR at GM, she cut their ten-page dress code down to two words - 'dress appropriately'.

It is the high risk approach to simply fly in the face of this by the way you behave.  I suspect that may be the only way to change a decision-making culture.  But could any elected politician dare?
Posted by David Boyle at 07:46