The great system thinking battle that is to come 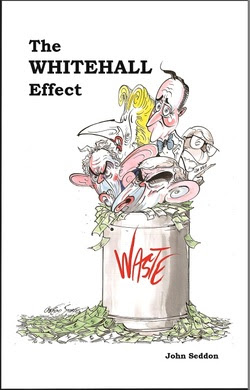 It is peculiar the way most of the organisations we deal with now want to prolong the agony by asking us to rate the ‘experience’ of dealing with them.

This does betray, I suppose, a kind of interest in what we think, but there is also something profoundly irritating about it – especially if it involves formal ratings. It is very rare to get this from organisations which actually provide good customer service – questions, yes (like the NHS Friends and Family Test), but ratings, never.

A friend of mine was telling me last week about a particularly irritating encounter at Santander, where they then tried to sell an insurance package in the branch and then asked them how they would rate the encounter on a scale of one to five.

If that wasn’t irritating enough, the bank counter staff then said: “It would help us if you could make it a 5.”

This led eventually to a long conversation with the manager where it transpired that they didn’t understand why everyone gave them a 4. Had they ever thought about what a 5 in customer service might look like? Apparently not, apart from their ability to perform by the rule book.

And somehow, that experience sums up the full debilitating power of the targets regime rolled out with such enthusiasm across public services during the Blair and Brown years. Because it hoovers up the available energy, imagination and flair of the organisation to make the figures look good. It transforms the customers into merely the means by which a good rating can be won.

I remember a fly-on-the-wall documentary about airport security recently where the staff focused all their attention, not on spotting potential terrorists, but on spotting the fake terrorists sent to test their attentiveness by their managers – a slightly different skill.

Imagine that same shift of resources across every public service and every service organisation, and the waste and perversity that results will be absolutely vast.  Unfortunately, it is vast.

Now it just so happens that the scourge of targets in public services, the system thinker John Seddon, has a new book out this week where he turns his attention to what governments should do instead of targets.

Seddon has the most coherent critique and probably the most practical alternative. He is so enjoyably rude to his opponents, the conversations with whom he repeats throughout his new book, The Whitehall Effect, that his old newsletters were required reading in local government.

In places like Camden, they have begun to roll out Seddon style systems thinking, and with great effect. But the debate has hardly been joined – because Whitehall is well-insulated against such a fundamental critique.

He describes his first encounter with local government in the book, when Swale District Council called him in because the back office system they had been told by the DWP to put in place for housing benefits seemed to be increasing the backlog – as we now know they do.

Seddon seems to have nailed the basic problem: imperial systems, like those built by public services during the Blair/Brown years – and especially inappropriate IT systems – can’t absorb the kind of human variety they tend to get. This enormously boosts costs.

Now, Seddon’s book has been long-awaited by people like me, who agree with most of what he says, because we were hoping for an answer to the great accountability conundrum – which is this.

Without some kind of numerical measures, how are politicians going to hold services to account? And if they don’t use numerical targets, will these not just be imposed on them by the media?

Seddon’s answer is this; politicians should set the intentions of services and let managers find the best way to achieve them. This is what he says:

“Making leaders responsible for choices about measures and methods returns validity to inspection. Instead of inspecting for errors as laid down in checklists, inspectors will pose just one question: What are the methods and measures being used t achieve the purpose of the service?, and then check their validity.”

This is exactly right. But in practice, it seems to me to be only the beginning of a practical answer, because numerical systems of control are now so powerful and centralisation, driven by IT, is so intense..


I’m not saying that the solution is wrong. Quite the reverse: I think Seddon is urgently right. And The Whitehall Effect is an important book. But this remains an argument in progress and I’m not sure we have a definitive answer yet.

I’m hoping this book will force the big service managers to engage with the argument in a way they have failed to do so far – and admit that the waters around them have grown. The times they are a-changing.

But we need their involvement if we are not going to escape from one numerical cul-de-sac, only to find we have had another one imposed upon us.