Why the left is so conservative on services 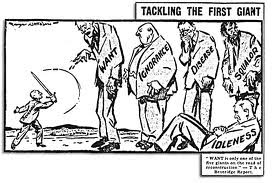 Ed Miliband's speech was rather good, I thought.  The line about the rising tide only lifting yachts was a telling one - that is the weakness, not just of this recovery, but most UK recoveries in recent decades.  That pinpoints precisely the main criticism that can be levelled at the man in the Treasury.

The only thing that worries me about it is this.  How will a party with Ed Balls as Shadow Chancellor generate the energy and will to shift the domination of the financial sector in Treasury thinking?  How will they create the kind of revolution in enterprise (local economics, local banks) that the nation needs?

But there is a more fundamental problem, not just with the Labour Party but with the thinking of the left in the UK, and a courageous article in the Guardian by Compass founder Neal Lawson put the point bravely and effectively:

"In truth, the forward march of Labour was halted long ago. New Labour applied go-faster stripes to a clapped-out vehicle but won elections only by telling the country it wasn't really the Labour party any more. The sugar rush simply accelerated the long-term decline."

It is particularly courageous to call your own party 'clapped out', but he is right.


Then a more relaxed and thoughtful article on Chris Dillow's Stumbling and Mumbling blog (thank you, Simon) which sets out the difference between the prevailing direction of travel by social democrats, in the Labour Party and abroad, and the direction that I see as a Liberal one.  This is not so much that the Labour Party is clapped out, but that its reliance on central control is indefensible and sclerotic.

Let's face it, public services are the most immediate difficulty.  For those of us who believe in public services that are effective, and under democratic control, then there are three looming problems:

1.  Centralisation has 'hollowed out' services so that they are not nearly as effective as they need to be, and and the way services are being contracted out is making it worse (see my book The Human Element).

2.  This combination of over-complexity and sclerotic process is forcing up costs - just as budgets are under the most ferocious pressure - in a way that threatens the fundamental existence of many services (see the Graph of Doom).

3.  Over-professionalisation and a patronising preference for users to be passive and easier to process is also undermining the sustainability of the services too.  The huge resource represented by service users, their families and neighbours, is almost completely side-lined.

The combination of these crises, the interlinked problem of falling effectiveness and rising costs, threatens to unravel the welfare state set out by Beveridge.  This isn't because he was wrong about slaying the Five Giants.  It was because the way his settlement was put into effect by the Attlee government, and carried on since, has allowed the giants to come alive again every generation.

It isn't fair to blame Beveridge, because he predicted precisely this problem as early as 1948.  So it is no good to wrap yourself in the banner of the Spirit of '45, or defend a system that has been hollowed out - as the left endlessly seems determined to do.  Because that approach threatens to lose us everything.

This is absolutely not an argument to sell everything off or close everything down.  Quite the reverse.  It is an argument to wake up, understand the looming crisis, and re-invent the welfare state in a way that gives it some chance of surviving.  And that means making it much more effective.

Why has the political left been on the retreat for a generation?  Because they are constantly looking backwards - constantly defending the solutions of previous generations - when they ought to be seeking out new ways forward.  So why don't they?

But isn't this government centralising as well? What about Michael Gove going to Haringey and telling parents that whether they like it or not, their school is going to be an Academy? The way he has run his department is very much "The gentleman in Whitehall knows best". The same tendency we get from Eric Pickles. The cuts in public services and the freeze in council tax is all determined by central government.

Of course you're right. The government remains sclerotically centralised, despite the progress of the Localism Act - and I have written about that quite often. But I don't think that takes away from what I've written here.