How the bubble adds to the welfare bill 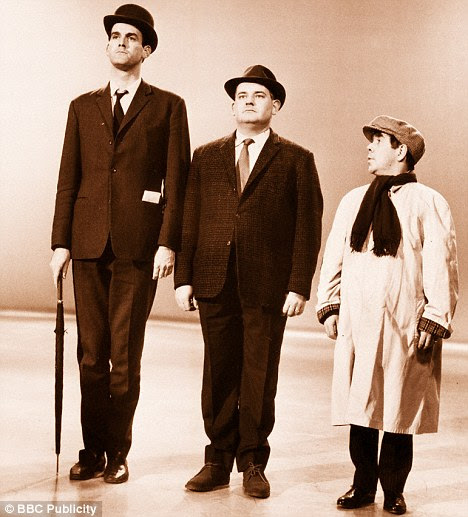 There I was minding my own business on Saturday afternoon when the PM programme phoned and asked me what I thought of Rachel Reeves' comments about an income of £60,000 not being rich.

Since I'm not plugged umbilically into Twitter, this was the first I had heard of Labour's swoop on the votes of Middle England.  Next thing I knew, I was on the air.  This is what I said (17 mins in).

The thing is that, depending rather where you live, a salary of £60,000 clearly isn't poor, but in many parts of the UK it isn't rich either.  You still need to be relatively careful of money, if you want a roof over you head.  That far, Rachel Reeves was right.

An income of £60,000 will get you a mortgage of around £180,000.  The average London home is worth £500,000.  Nor is it just about buying homes, because the rental value of homes goes up with the cost of property - as I explained in my book Broke: Who Killed the Middle Classes? - which was why they had invited me onto the programme.

Probably both the Labour Party and the BBC would prefer to leave the argument like this - how can someone earning £60,000 not call themselves rich when people can get by fine on £20,000?  But I managed to get in a sentence or so to look at the reasons for it.

The truth is that the economy in London and the south east, and spreading rapidly out across the whole nation, is increasingly geared for the needs and pockets of the ultra-rich.  They determine the price of homes.  They determine public policy, long after the last believer in the 'trickle down' effect went toes-up.  It is their needs and demands which the Treasury hears.  Of course, in those circumstances, £60,000 isn't going to be enough for comfort.

The BBC may still want to foster the old arguments between the middle classes and the working classes - what, you don't feel well off on £60,000, shame on you! - when actually the interests of both now coincide.

It is to shift policy away from the monopolies and the financial sector, which are hoovering up the available wealth and remaking society as a flat proletariat, except for the 0.5 per cent of ubermensch at the top.

That is to look three decades ahead, to the next generation.  But you can see the effects of the 30-year property bubble now - on welfare.

It is increasingly difficult to live an independent life on much less than, say, £18,000 in London, without support from the state.  Property prices are rising again, cheer-led by the banks, and taxpayers are called upon to subsidise - not just the poor - but the increasing proportion of those who also can't afford to rent or buy.

So perhaps somebody could estimate the extra cost of housing benefit for every one per cent that property prices rise?  Maybe they already have.  If so, perhaps you could tell me.  I think we should be told...

This is unfortunately just the beginning.  Increasingly, ordinary life will become unaffordable, because that is what monopolies do, and that is what speculation does.   It raises prices so that only a few can afford them.  Then the state will find itself picking up the tab - funding for lending, funding for clothing, funding for computers, funding for children's eating, and then what...

Bizarrely, under a Conservative-led coalition, we are heading right back towards subsidised lives.  First the poor, then the middle class, before they too are accused of scrounging for an unaffordable lifestyle.  Can you imagine - why should we foot the bill to live in southern England?  Surely it should be reserved for the rich?