The importance of cats in healthcare 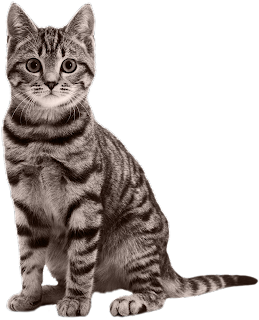 I've always been fascinated about why the welfare state and the NHS are so expensive. Because it wasn't
meant to be like that. Beveridge suggested they would get cheaper because the underlying health of the population would improve - but, as we know, it didn't happen.

Regular readers of this blog (if there are any) will know that one explanation, for me, is the industrialisation of services - the fantasy (because that's what it is) that people's needs and hopes are one-dimensional and can be dealt with efficiently by a sort of assembly line process.

As we now know, thanks to people like Deming and Seddon, this kind of inflexibility simply creates systems that deal badly with human diversity. That makes the exceptions increasingly expensive to deal with, and we may actually all of us be exceptions in some way or other.

Partly it increases costs by misunderstanding our humanity. Industrial systems assume that human requirements are simple when they are actually not very simple. Sometimes social needs and loneliness express themselves in demands for drugs or other kinds of emergency attention - not because these help but because they are available.

That was anyway how I saw the research last year about people who go to their local Accident and Emergency department rather more than is comfortable. The usual definition of 'frequent attenders' is three times a year. I've heard of one patient in London who arrived by ambulance more than 200 times in one year.

I have to be quite careful here to make sure I don't say anything that might identify her, but it is a 'her' and a surprising number of these frequent attendees are young women. They get into the habit, when they feel a bit down, of dialling 999 and spending the evening with people they trust, who they get to know and will check them over.

It hardly needs explaining that this relatively small number of patients cause a great deal of expense. It isn't that they don't need anything, but the system is currently not well organised to cope with social needs of this kind - still less to understand them.

So I was fascinated when I was talking to a health professional this last month (I can't say where I'm afraid) - that they knew what had happened next to one of their most frequent attenders.

Most of the new systems set up to tackle frequent attenders are like those set up for other small groups that create the biggest costs in welfare services. They are given a more personal, flexible kind of care, by small units, able to take them out of the system and make it work.

It is the same for Casualty departments and, in the case of this patient, among the solutions has been providing her with a cat.  It has worked.

There are a number of lessons here. The crucial importance of informality and flexibility when it comes to tackling rising costs. The importance of solutions at a very local, face to face level. The impossibility of writing a Whitehall manual on the use of cats in healthcare. But one thing above everything else.

It is this. People may seem to need a great deal, but often what they need most of all is to give back - if not to people, to an animal. Give them that responsibility and it can transform their lives. You can find out more about this idea (though not the cat, I'm afraid) in my book The Human Element.

It is just one more aspect of human nature which conventional bureaucratic systems don't get...

Whingeing woman at the door, please get her a cat, that will calm her down.

For the healthy - self-absorbed gasbag of either sex without the self-introspection gene, who just need attention, a cat will be the perfect solution.

For humans with more complex needs, like someone with a mental problem who afraid to be stigmatised for a pain in the head, sufferer of mental or physical abuse, lonely people with social- anxiety syndrome or the stress and anxiety that modern life brings, there might be a need for a more complex solution than a cheap feline one.

You need more district nurses who have time to have chats with people , opps, those angels are slowly disappearing.