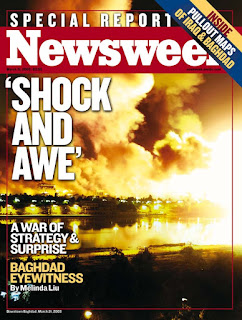 Two arguments that are really not reasons for deciding on air strikes in Syria one way or the other:


You will gather from this that I'm pretty unimpressed with the argument over Syria. Cameron's dossier is purely a rhetorical flourish, so I remain - like David Davis - pretty sceptical about air strikes. Not in principle, but faced with Cameron's rhetoric, one is forced to the conclusion that there are no arguments for bombing at this time.

In fact, what is emerging is just how much the current debate feels like the run up to war in Iraq in 2003. Here are the disturbing parallels:

1.  Our allies want us to.  End of story. The main reason the establishment wants to bomb in Syria is that our allies would feel more comfortable if we were also committed. That was the reason for joining in the attack on Iraq too - but it isn't actually a good argument for military engagement.

2.  There is a dodgy dossier. Cameron's rhetorical flourish that was supposed to provide an answer to the Defence Select Committee is, once again, not an effective argument.

3.  There are no post-fighting plans. No plans for preventing some kind of vacuum, just as emerged so disastrously in Iraq.

4.  There is an ambiguous UN resolution. One that appears vaguely to justify military action.

5.  There are too many appeals to emotion. Yes, IS does represent a threat to us, and nobody can forget what happened in Paris, but those are not reasons why bombing are an effective response. That case has yet to be made.

6.  Both Labour and Conservative are hopelessly divided on the issue.

All this seems pretty straightforward, so why is there still an argument? Because the real unstated element here is that our political culture has set itself adrift from arguments about effectiveness.  It is the same in so many areas of policy - house prices is just one. Policy no longer uses 'effectiveness' as a currency. It isn't of interest.

Nobody believes that Osborne's raft of housing measures will make much difference, any more than they believe that Cameron's bombs will make much difference. But Cameron, like Blair, deals in gestures. Bombing Syria is a gesture that will make people feel that action is being taken.  The fact that it isn't effective appears to be irrelevant - it is justified because the threat is real, not by whether it will tackle the threat effectively.

Oddly enough, the Westminster world seems to take all this for granted. They know that military dossiers and autumn statements are dances to the music of gesture. They are designed to give the impression of effective action, without actually being effective - because nobody believes they have the power to be effective.

It is a symptom of the catastrophic loss of belief in the political system, not by the excluded, but by the included.
Posted by David Boyle at 10:01

Also there's another hallucination. The alleged "moderate" rebels (many of whom are outright Saudi-backed jihadists) are about as real as Saddam Hussein's WMDs.

I support beating the hell out of Islamic State in the Russian or French manner, but I'm inclined to be against Cameron's proposals because like so many of his ideas- Libya, for instance, and the threatened "intervention" on the opposite side in 2013- he hasn't thought it through.

And we are having a "policy" that is authored in Riyadh, not in London. They haven't considered what would replace Assad- you'll have to forgive the cynicism about a "moderate" non-sectarian government magically appearing under Saudi auspices- and I am concerned that what neocons want is a patchwork of sectarian states all of whom are weak and which America imagines will be in its sphere of influence, but will really be just a playground for (the islamic state of) Saudi Arabia.

Did you ever look at this one,
http://www.theguardian.com/books/2014/dec/31/heirs-to-forgotten-kingdoms-gerald-russell-william-dalrymple