Powerless against the screen pushers 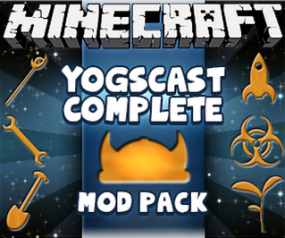 I am having one of those moments of disaffection which is the real experience of English middle class life these days.

What do I spend more time doing than anything else, as a parent of pre-teenage children? I'll tell you. I am policing their screen time.  It takes huge energy and angst and negotiating skills. It prevents me from being much more productive. I resent it.

If it weren't for me on some days, when I'm looking after them by myself, they would spend the whole time being educated by Google and whoever happens to use their facilities.

They would be off laughing all night at the pre-teen humour of some of the Youtube stars - Yogscast spring to mind: people from Bristol who swear rather more than they would if they realised most of their viewers were eleven, and who think blowing things up is the apogee of humour.

They would be being abused online by their classmates, and - if we make the mistake of reporting the abuse to Youtube, one of those vacant corporations where nobody is at home - we will receive back the empty, helpless silence we have come to expect.

I suppose you could imagine a couple of answers to this.  First, perhaps I am wrong and they should plug into the virtual world as much as they like, on the grounds that it improves hand eye co-ordination or something or other.

Second, a little more seriously, I should set more elastic limits because they need computer skills if they are going to achieve the school system's highest ambitions for them - and become either a scholar or a machine minder (no other alternative seems to be encouraged).

Third, why should my children be different? How dare I cut them off from what is laughingly called kid's culture, as mediated by Murdoch and his equivalents.

You only have to write those out to see they have flaws. Don't they - or am I wrong? It is true that I was probably glued to screens more intently than they were at the same age, but with more control over what I am seeing.

But what really annoys me about this is that we kind of assume - as middle class types - that the government is at least vaguely on our side, shares our values, wants to support us to bring up our children in the best way that we can.

Nothing could be further from the truth.

The government is firmly on the side of the screen pushers. The school system is dedicated to buying and pushing more Apple iPads - Apple itself acknowledges that their profits for iPads in 2013 were boosted by the UK school system.

Whitehall isn't interesting in my family life, They want my children to be entirely open to whatever rubbish sells more schlock.

I wrote in my book Broke last year that UK governments had long since turned their back on genuine middle class values.  I don't think I understood the half of it.