Inventing new kinds of money to save the Greeks 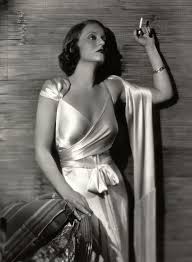 It is sad but true that economic innovation is usually born of desperation.  This is at least partly because the elite clings to the economic consensus with fervent, increasingly theological conviction, and all the more so as the consensus gets ragged around the edges.

So perhaps the best we can say about the impasse between Greece and the European finance ministers, grappling with the implications of the disastrous design of the euro, is that it might perhaps - well, perhaps - lead to important money innovation.  Well, it is about time.

Keynes used to call living in an economy without enough money a "perigrination in the catacombs with a guttering candle".  That is the situation in Greece right now, and they are expected to carry on with this wander through the catacombs so that the euro might survive, and we will sleep more soundly in our immediate economic futures.

The question is whether these things can be achieved without the embalming of the Greeks.

The new Greek finance minister Yanis Varoufakis has been suggesting ideas, notably his proposal for a new currency, denominated in euros, but based on the future taxes paid to the Greek government, and designed to use bitcoin style block-chain technology to bypass the banks.

The details are obscure and perhaps too generous.  The new currency pioneers are debating it all online.  Varoufakis is suggesting that Greeks will be able to buy 1,000 euros worth of what he calls FT-coin in return for 1,500 euros worth of taxes paid in two years time.  Maybe too generous, but it is an exciting idea and a sign that - at long last - those flung into the economic mainstream are beginning to think creatively again.  See Paul Mason's take on it in the Guardian today.

It would mean monetising Greece's debts, taking them out of the hands of the banks and providing a machine that can potentially pay them off.

I'm not arguing that this will work, but I see that Shann Turnbull, the Australian financier, is set to speak in Athens.  He is one of the most creative monetary thinkers on the planet, and it is time people gave him the benefit of the doubt and began to listen.

I know from listening to him myself that he will start by telling the story of the great American monetary innovation designed to help the poorer parts of the USA escape the Great Depression, thanks to the efforts of Alabama senator John Bankhead, Tallulah's uncle (it is Tallulah pictured above).

Bankhead borrowed the idea from the great economist Irving Fisher, and his bill - vetoed by Roosevelt - would have issued $1 billion of stamp scrip in the poorest areas.  This kind of money encouraged spending by losing value by 1 per cent a month, and was eventually 'retired' - or deleted as we might say now - rather as the FT-coin would be when it was finally spent.

This is from Fisher's 1933 book Stamp Scrip (there isn't even a copy in the British Library):

"At my grandmother's country house, fifty and more years ago, you quenched your thirst at the spout of an old-fashioned wooden pump. To compel this huge creature to pour out its crystal treasure was no easy task for a small boy. It always involved a preliminary period of exercising the lofty handle, and sometimes quite without results, until an older person pointed out a bucket which stood near with a small side-supply of water. It was kept on hand for just such emergencies. Then the small boy would run to the side-supply scoop up a dipperful, climb upon any convenient object and empty the clipper into the open top of the pump. When he returned to his exertions they were no longer in vain. One scoop of side-supply had connected the big subterranean supply with the means of jerking it out of hiding. The strategy was called 'priming the pump'.  This done, there was no further use for the side-supply. Such is the office of Stamp Scrip - to prime the pump, which has thus far been unable to connect the great supply of credit currency with the thirsty world."

Of course, you just can't just use the pump with euros.  It would be inflationary.  It would lower the value of the currency.  The European Bank would not allow it.  But you can experiment with new currencies and new denominations, based on a range of local items, and only starting perhaps with the Greek national debt.

But the Greeks must live, and if they can't live as perpetual captives in the catacombs for the good of the rest of us, then it is time to innovate.  Or bring dishonour and disorder down on all our heads.

We really are at an exciting cross roads in the evolution of money. I'm not convinced myself that Yanis Varoufakis' ideas will yield results - they're too much of a risk plus they still require 'money' to work.

Money is lent into existence but only enough to pay back the principal loan and never the interest on it. If we had 'money' that was earned into existence for pursuing activities that benefit the wider community, then we'd create a market for ethical and responsible businesses to ply their trade.

Think of it as a social offset market. That's what we're doing in Manchester and Hull where financial inclusion and anti austerity is a key priority just as it is in Greece.