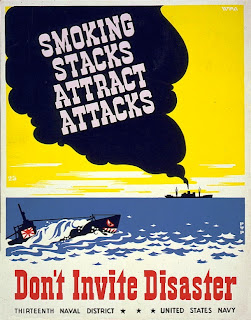 I spent yesterday sorting out old papers, and what should fall at my feet but a 2008 article by George Monbiot in the Guardian with the headline: 'Labour's perverse polyclinic scheme is the next step in privatising the NHS'.

It so happened that I had found myself swearing at the radio during the staged confrontation between John Humphrys on the Today programme and Labour's Andy Burnham yesterday.

The combination of the two events reminded me that accusations of privatising the NHS is what oppositions fling at governments - and there is always an element of truth about it, but also an element of smokescreen.

What was irritating about the Burnham 'interview' was partly that these confrontations so rarely allow us to get into the issues effectively, and partly because the whole NHS debate appears to be about privatisation and the Health and Social Care Act 2012.

If you have the misfortune to get your news from 38 Degrees, or similar, you might have swallowed the idea that the new legislation, only two years ago, fattened up the NHS for privatisation, allowing Ed Miliband to ride to its defence.

So quickly have we forgotten that the Health and Social Care Act was not passed as originally drafted - when there might have been a case like this to answer - but heavily amended by the Lib Dems.

Turn to the Parliamentary record, if you doubt me, and you will see some of the Lib Dem amendments:

1.  To remove “the reviews by the Competition Commission from the Bill to make sure that the NHS is never treated like a private industry.”

2.  To "keep the independent regulator of Foundation Trusts, Monitor, to make sure hospitals always serve NHS patients first and foremost.”

3.  To "introduce measures to protect the NHS from any threat of takeover from US-style healthcare providers by insulating the NHS from the full force of competition law.”  This was also designed to fend off claims under the new TTIP agreement now being negotiated.

5. To "put in place additional safeguards to the private income cap to make sure that Foundation Trusts cannot focus on private profits before patients.”

6.  To empower the Secretary of State for Health to give guidance to Monitor in line with his overarching duties, to promote a comprehensive health service and improve health outcomes.

It may be many things, but it was a tightening up of the opportunities for privatising the NHS which had been put into legislation under Blair and Brown.  So why the panic about NHS privatisation?

Far from making integration more difficult, the Lib Dem amendments have made integration easier than it was under New Labour - and integration is now the objective of the Department of Health.

Because there is a problem, not with wholesale privatisation, but with the extension of contracting out in the NHS.  It is the narrowing of deliverables, which simply sprays costs around the system, which is the real problem here - and the major outsource suppliers whose main skill is to provide the target data with the minimum effort.  It is currently leeching money out of the NHS.

Yet, thanks to this smokescreen argument about privatisation, the real issues of contract culture are not discussed.