Why Crystal Palace is the next Islington, worse luck 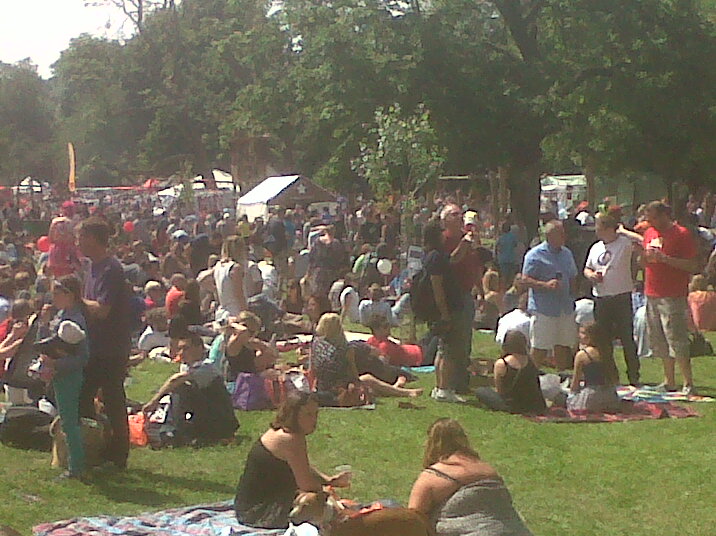 Ah yes, the Crystal Palace Festival.  It has been taking place this weekend, and it helped me see the place a little more clearly, even though I've lived there since 1986.

It has crept up on my how much the place has changed.  It is now packed full of the kind of cultural entrepreneurial people I say in my book Broke are going to save the middle classes - and everyone else.  Poets, breadmakers, writers, local publishers, local food distributors, a Transition Towns branch, Green & Browns at Crystal Palace Station, musicians, artists, designers, even a baby sling library, for goodness sake.

What is more, the place was packed without generating extra traffic in the local streets.  This was overwhelmingly homegrown.

Part of the apotheosis of Crystal Palace has been the opening of the Overground line to Hackney, Canada Water and Islington, but that isn't the cause.  You can't conjure up these kind of people in a year or so.

My prediction is that, in fifteen years time, Crystal Palace will be like Islington - exorbitant house prices, lawyers and, given the way our dysfunctional property market squeezes the life out of places, no entrepreneurs at all.

I wonder also whether it is the fact that it is below the radar of local government - an irritation to Croydon and Lambeth which slashed the local library, and a thorn in the side of Bromley which constantly wants to develop the park.  Being on the corner of no less than five boroughs encourages a degree of benign neglect.  I wonder whether, if Crystal Palace had been the heart of the London Borough of Norwood or something, they would have got Lend Lease in to build a shopping centre and destroyed the local economy altogether.

I met a retired senior officer from Bromley Council a year or so ago who agreed with me about the constant stand-off between the council and the residents about the park: the council thought it was a poor people's park - and poor people's parks, as we all know, have to pay their way and are endlessly messed around with and sold off (as in Ankara).  Because Crystal Palace was so far from anywhere, they hadn't realised the ferocity with which people would defend its unkempt, untended, unofficial atmosphere.

So I'm proud to live here.  In another era, I would be undoubtedly be campaigning for a Crystal Palace Unilateral Declaration of Independence.  I just can't face the chore of climbing down onto the Overground to inspect people's passports.
Posted by David Boyle at 08:34

Form a parish council and get the asset transferred to the PC.PC's can raise money via a precept on Council Tax, yet get grants big councils can't apply for.