How privatisation ran out of steam

The word ‘privatisation’ has a chequered history. It was actually coined as ‘reprivatisation’ by the Nazi Party in the 1930s, as a way of handing over government functions to loyal party officials. The phrase was then borrowed by the great management writer Peter Drucker in 1969, proposing that governments use the talent in other sectors to deliver some of their objectives. “Government is a poor manager …. It has no choice but to be bureaucratic,” he wrote.

That was the basic idea that was taken up by Conservative thinkers in the 1970s. Sir Keith Joseph’s Centre for Policy Studies produced a pamphlet in 1975 which set out the case: “There is now abundant evidence that state enterprises in the UK have not served well either their customers, or their employees, or the taxpayer, for when the state owns, nobody owns and when nobody owns, nobody cares.” 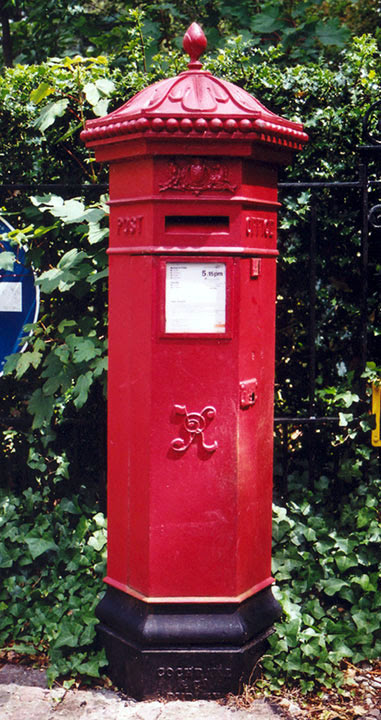 It was a powerful proposition.  But it wasn't until their second term that Margaret Thatcher's ministers grasped the sheer power of the privatisation idea. It was obvious to anyone who tried to use them that the nation’s telephone boxes were largely out of order, and so the privatisation of British Telecom in 1984 was a popular move. As many as 2.3m people brought shares.

Three years later, the Treasury had earned £24 billion from privatisation, and the sale of British Gas provided four per cent of public spending for 1986/7. The idea of privatising state industries had spread to France and the USA and Canada. Even Cuba and China were testing it out.

The merchant bank Rothschilds had set up a special unit to organise privatisations, under the future Conservative frontbencher John Redwood, and Conservative theorists were muttering darkly about selling off the Atomic Energy Authority and the BBC. In fact, selling nuclear power stations was the thin end of the wedge. No amount of spin could disguise the fact that they weren’t economic.

The original impetus to sell BT was partly to find private investment for telecoms and partly because of Drucker’s original idea that private companies were more efficient.

Privatising public services would break those bureaucratic straitjackets, and get a new entrepreneurial energy about the place. They would focus on customers. Things would happen. There would be enterprise and imagination. The human element would weave its magic.

But it didn’t happen. The early privatisations led to dramatic increases in effectiveness but, after that, things slowed down. Private corporate giants turned out to be as inflexible and hopelessly unproductive (at least as far as the customers were concerned) as the public corporate giants: they just provided considerably fewer jobs.

Often the costs remained much the same. Most privatised services are as sclerotic, inhuman and monstrous as their predecessors were.

By the time New Labour was privatising, and experimenting disastrously with PFI contracts that locked in costs for a generation, the supposedly efficient private utilities are largely in the grip of the same illusions about efficiency as the public sector, with phalanxes of call centres, targets and standards, and had become as inflexible as any nationalised industry.

“We are committed to a market economy at the national level, and a non-market, centrally planned, hierarchically managed economy within most corporations,” wrote the Observer columnist Simon Caulkin at the time.

So Peter Drucker was wrong. As it turned out, big companies and big contracts tend to become bureaucratic too. The point wasn’t that private was better than public, it was that small was better than big, because small allowed for the human element.  Ownership wasn’t important, at least in its strict sense.

Even so, it was Drucker who provided the clue. Anyone can be an entrepreneur if the organisation is structured to encourage them:

“The most entrepreneurial, innovative people behave like the worst time-serving bureaucrat or power-hungry politician six months after they have taken over the management of a public service institution.”

And so it proved.

So if privatisation isn't the answer - and most sane people regard it as a recipe for sclerosis and corroding standards for the Post Office - what is?  How do you provide the kind of flexibility and human-scale imagination to make organisations work?  It certainly isn't the profit motive - nobody who phones a BT call centre these days could believe that.  It isn't public ownership either, at least not by itself.

I tried to answer the question in my book The Human Element.  Mutualism certainly provides a clue, but is probably not enough by itself either.

I got another clue from the chief executive of a major health social enterprise I met while I was carrying out the independent review for the Cabinet Office.  He told me he was delivering health and social care services across a wide population, but still on a small scale compared to working in the public sector.

He also told me he had felt he had to leave direct employment by the NHS in order to re-discover the values of the NHS.  Of course, he is still delivering NHS services and in a highly flexible and responsive way - but he has the room for manoeuvre to use his imagination and the imagination of his other staff, and of course the imagination of the people he is delivering services to.

This seems to me what Karl Popper meant when he talked about “setting free the critical powers of man”.  The very heart of modern Liberalism.

Will Post Office privatisation set free the critical powers of the people who work there?  Believe that and you will believe just about anything.
Posted by David Boyle at 10:20

What about Workers' Co-operatives? Wouldn't this sort of thing marry entrepreneurship with less bureaucracy and more productivity? Couldn't this allow for flexibility and small-scale, community involvement? Do we really need "BIG"?

I absolutely agree. Who needs big?