Three battles against the technocrats: one draw, one lost, one victory 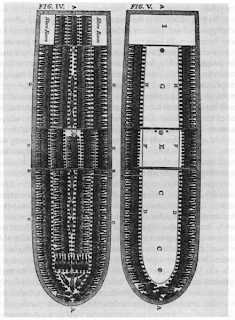 This blog, in case you haven’t noticed, is committed – as far as it is possible to be – to the battle against soulless technocracy everywhere. So let me report on setback in the battle, one small success, and one draw.

The draw was the court case between the arch-technocrats Ryanair (hence the picture here, which I believe is the new Ryanair logo) and a website called I Hate Ryanair. Ryanair won, but on a technicality because the website included money-earning links.

On the other hand, the website is still up, ending .org, and without the offending adverts. So that one was a draw.

The setback is in the US Post Office, a worthy organisation and normally a model to be emulated by our own. But the excellent American website On the Commons has complained about the bizarre and inhuman marketing spiel that is now being forcefed to customers by the poor put-upon counter staff.  http://onthecommons.org/postal-hucksters

Worse, they are not allowed to stop, even if the customer complains – just in case the customer is actually a spy from central management, or their consultants, who go in disguise into post offices to make sure that the marketing rants are delivered as approved.

“I want you to give me my friendly postal clerks back!” said the On the Commons blog. “You must break the spell you have cast and allow them their humanity! You have made the Amherst post office an object of dark ridicule among my family and friends, as we disbelievingly trade stories about the glassy-eyed zombies who harangue us with unwanted marketing pitches when we simply want to mail a first-class envelope. On more than one occasion, I have taken my mailings to the UPS store instead because the clerks there are at least allowed to behave like genuine, spontaneous, happy human beings.”

Luckily, there is also a success to report, albeit a small one. The campaigners who call themselves Save St Barts Hospital (even though they have saved it long since) have been running a campaign against the McKinseyite managers who wanted to change the traditional ward names to numbers.

I’m glad to report that they have won. A small victory for human values against the number-crunchers.
Posted by David Boyle at 22:25