Do the Red Wall MPs hold the key to the centre ground? 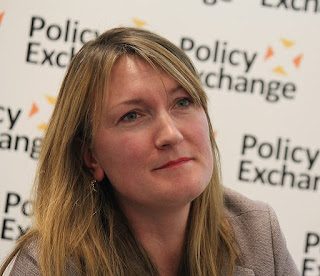 This post first appeared on the Radix UK blog,,,.

I have to say that I feel sorry for Allegra Stratton. I completely agreed with Matthew Parris about her predicament – that was no laugh of hilarity against sick people, or anything remotely like it. It was a laugh of nervous embarrassment. As Boris Johnson must also have recognised.

So when he hung her out to dry, by implying otherwise, I felt pretty ashamed to have him as prime minister.

I’m not sure I can remember a time when everyone I met in southern England seemed so united in their rage at any prime minister. The conservative ladies around here can’t stand him, and my builders want the Queen to step in…

Yet, really – as Joe Zammit-Lucia suggested during the crucial week – Boris’ parties are really neither here nor there compared with issues around the latest covid Christmas.

It may be that when we find that the government has gone back to its old, incompetent ways, trying to tickbox their way to delivering the booster jab centrally at the same as encouraging panic – so that nobody can get one.

Personally, I find the whole business of queuing online out-tickboxes even tickbox (it involves the classic Tickbox situation whereby those at the centre are reassured by the numbers, and only those at the sharp end understand the chaos).

That is when people get seriously angry.

The question is whether the radical centre can profit by it in some way. I would suggest that there is an emerging political force that we could learn from, and perhaps vice versa: the Red Wall Conservative MPs.

These are people, as we keep being told, who are semi-detached from mainstream Conservatism. They are also less complacent and angrier than many of their fellow Tories.

Their only hope of being re-elected seems to me to lie in some kind of separate identity from the government.

I’m not suggesting some mass resignation. I am suggesting that, like the Liberal Unionists more than a century ago – or like the Co-operative Party inside Labour – they might begin to develop their own semi-autonomous leadership in the Commons. And with it, that sense among their constituents of who they are: standing for competence and devolution.

When they do that, I believe they might be the key factor in the major devolution of power that is so urgently needed in the UK. They might even be the means by which the Trusting the People report – published at the Conservative Party conference in October – might see the light of day as law. But they have to act together.

I hope that, if they did that, then we at Radix - alongside the New Social Covenant Unit - could help them think through where they stand as a party within a party…