WTF is going on?? 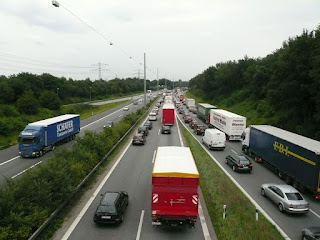 “Nobody in politics seems to know what the real problems are, let alone how to fix them. The government lurches from one ‘fix’ to another, and seems to think that the public finances can be repaired by taxing employees and employers alone, with no additional taxation on wealth. Mr Starmer seems to think that following what Tony Blair did makes sense.” Tim Morgan, Surplus Energy Economics

What on earth is happening? Not only are we reeling from Brexit and the aftermath of a pandemic, but something else appears to be going on too. So we have panic buying of fuel and shortages of medicines and probably food as well.

Both sides of the Brexit ‘debate’ appear to be blaming each other for this, which hardly helps matters. But since similar shortages are also happening across the USA, we have to assume that this is actually about other influences too – extreme monopolies creating shortages in order to raise prices.

To put that in UK terms, we might call it ‘economic centralisation’. This is what happens when governments have allowed the UK market to be dominated by only two companies making carbon dioxide for the food industry – both of them foreign owned.

Put like that, small CAMRA beer makers and small publishers (like the Real Press) – or, to mention Sarah’s company – small dye studios like Sarah Burns Patterns, may be part of an eventual resurgence.

But not yet. The truth is that, just as Tim Morgan has suggested for some time, the number of fixes we have imposed on our struggling, debt-ridden economy in the past two decades, are finally now catching up with us.

This kind of crisis tends to happen every four decades. But when it has happened before – in the late 70s or the late 30s or the turn if the century between the 1890s and 1900s – we knew that what should happen next. This time, we have managed to suppress economic debate, so we seem to have new idea.

Reading the Sunday Telegraph last weekend, you can see the cracks in English conservatism emerging – between those hopeless remerging climate change sceptics complaining about the price of energy, and the letters complaining about why on earth we are still building homes without solar panels.

I know which side I am on – on the radical side that looks much further back for their solutions. It seems to me that most of our current difficulties stem from the Thatcher-Reagan period in the 1980s – and the really stupid idea that monopolies somehow don’t matter.

But I know that Tim Morgan’s analysis goes deeper, suggesting that we have reached a period when it now takes more energy to generate energy – leading to his predictions of serious economic problems and resulting peculiar political results too.

What we desperately need is leaders who understand the sheer complexity of the new world. We unfortunately have a prime minister who believes it has something to do with games people play at Eton.

We have run out of tricks and fixes. We need the kind of clear-out of the political classes that happened after Dunkirk in 1940: it is time, in fact, for the politics and economics of national survival.

But nobody is even setting out their stall about what that might mean in practise yet. Some voices who might do that: Michael Gove, Lisa Nandy, Daisy Cooper – let’s hear from the next generation…