Towards a realignment of the Brexit debate 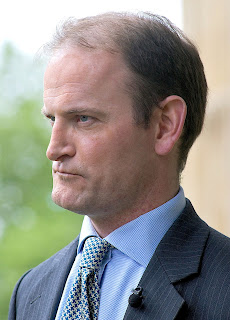 What do you believe, at the heart of everything? Ask most people about that and they wouldn’t be able to tell you. I’m not sure I can tell you myself. It shifts with the weather; it modifies itself according partly to who I most disagree with.

This is the dilemma of the ‘core vote strategy’ that is under such debate inside the Lib Dems. On the one hand, it is the antidote to mushy short-term campaigning, which leads to rootless ‘revivals’ and rapid disillusion. On the other, well, that’s what this column is about.

On the face of it, the case for a core vote strategy is unanswerable. On the other, you have to ask more fundamental questions about what is absolutely core about Liberalism. Otherwise you might enshrine short-term policy solutions – the Iraq war or Brexit – as part of the core, forgetting that there may be Liberals who see things differently.

It is a strange thing but opinion on Brexit remains pretty fluid. I know a number of people who are moving from Leave to Remain. Personally, I feel myself – rather unwillingly, kicking and screaming – going the other way.

Not because I am somehow vacillating about the core values of Liberalism, but because I doubt whether clinging to past structures is the best way of getting there. There comes a point where we Liberals need to pitch our tents around new and better institutions, which actually do the job.

I realise that my kind of Liberalism is not now well-represented in the party as it once was. I’m not a social liberal. I’m certainly not an economic liberal. I in am what the academics describe as the 'Distributist' wing, a reference to the work of thinkers like Belloc and Chesterton – first inside the party and then outside it, and coming back to the fore under Jo Grimond in the 1950s.

I'm not even sure there are enough of us to fill a whole wing any more - perhaps a couple of out-buildings.

Yet these seem to me to be core Liberal values – devolution of power, economic structures that maximise independence, anti-trust action and other measures against giantism, small-scale property ownership. It isn’t that the modern Lib Dems have turned against them, but they have downgraded them to cling to institutions which may not be nearly effective enough because they are too big (and I don't mean the EU). They have veered towards a kind of institutional conservatism that I find a little difficult.

The loss of this Distributist edge (see the latest Journal of Liberal History for a good summary) has three serious consequences.

1. No economics: Distributism was primarily an economic creed, deriving partly from Joseph Chamberlain in his radical days. Without it, we get stuck in the economics of the 1970s (social liberalism) or of the 1870s (economic liberalism), caught between Fabianism and libertarianism.

2. Fading liberalism: For me, the Distributists represented the development of the old Liberal tradition untouched by Fabianism, which came with a great deal of unhelpful baggage. When the Distributists left the party in 1912, they took with them a potential radical alternative to Corbynism.

3. Muddled core vote strategies: Without that strand, it becomes impossible to see how Liberal voters decided to go with Brexit in so many places – Burnley, West Wales, most of the West Country. And unless that is obvious, those voters may be lost to intolerant populists forever.

There were Liberals, after all, who felt that their commitment to small-scale government, to self-determination and devolution, edged them in the direction of Brexit. If the party is ever going to win back people like that permanently, they need to develop a message that somehow embraces them too.

If a core vote strategy actually alienates a critical part of the Liberal coalition, then Liberalism shoots itself in the foot.

The answer may be to develop a core vote strategy, not based on a bundle of policies but on a bundle of attitudes, psychological types or moods. And if we do that, the need for self-determination, self-employment, self-actualisation is going to be pretty important.

We badly need to move on, and it seems to me the Lib Dems are finding themselves doing so - but achingly slowly. The real question is whether we can imagine a debate where the genuine reformers (from Liberals to Douglas Carswell) align on one side against the nationalists and conservatives.

I can't see that yet, but it is where we need to be. Because this is not a game. The nationalists are at the gates of civilization. It isn’t just about engineering the next Liberal Revival, it is about remaking Europe.