Small isn't just beautiful, it is now rather urgent 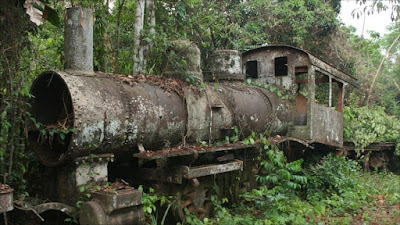 I have not disappeared, except into the nether world of half-term. But I have managed three posts elsewhere, which have peculiar links between them - and they all have a similar theme: what chances do we have now to influence the economy, or any of the giant, sclerotic services which we pay so much money to.

It seemed to make some sense to link the three together. So here goes. The three are:

1. Small scale #1. On The Real Press blog, I wrote about how we might bring any pressure to bear on the company behind Southern Rail to recruit and train more staff, so that they might run a service that is less insultingly unreliable (I speak as someone who tried to travel from Portsmouth to Shoreham on Saturday afternoon).

In some ways, the RMT union has simply fallen into the trap set for them by the rail company, which now have a simple excuse to hand for their staggering in efficiency. So what do commuters do? What they have actually done is to employ a barrister to construct a legal case against the Department of Transport.

2. Small scale #2. Then there is the question of what kind of economy we can expect from Brexit, and whether it is a Southern Rail-style economy, dominated by condescending monopolies - or whether we can aspire to a genuinely entrepreneurial economy.

Unfortunately for Whitehall, these two economies require diametrically opposed policies. See my post on the Radix blog for that one.

3. Small scale #3. Third was an uncompromising post I wrote on the blog of the RSA's Inclusive Growth Commission. It seems to me increasingly obvious how much, despite talk of a new, more 'inclusive' economy, the assumptions of Whitehall are still in thrall to discredited trickle-down economics.

What can a small town do, for example, to promote small business - which is its very life - if its banks close? How can they support their local businesses? Yet that is happening all over the UK.

All these dilemmas are not just real, they are also urgent. Brexit attracted the support of many people who instinctively grasp that small-scale is more efficient, more effective, more lucrative, more inclusive. Yet the institutions designed to support entrepreneurs is being allowed to wither.

Meanwhile the government is betting the budget on a range of future white elephants - the Heathrow runway, the reactor at Hin
kley Point - for purely symbolic reasons, as a series of empty gestures to shore we are 'open for business'.

Actually it is the exhausted economics of a generation ago, which threatens to treat everyone like Southern Rail treats its long-suffering commuters.

Let me know what you think...


See my book Cancelled! on the Southern Railways disaster, now on sale for £1.99 (10p goes to Railway Benefit Fund).
Subscribe to this blog on email; send me a message with the word blogsubscribe to dcboyle@gmail.com. When you want to stop, you can email me the word unsubscribe
Posted by David Boyle at 09:09