The rise of nationalism is Labour's fault 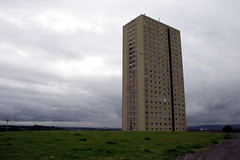 The burst of excitement about politics in Scotland is really unprecedented.  It requires a little explanation, and why people who have been turned off from politics appear to be turning - to some extent at least - to nationalists.  Nationalists, with all their intolerance too, which is all too obvious as they shout down opposing candidates in the streets.

Why?  It seems to me that there are two reasons.

First, the idea of imagining your own nation has an empowering effect, whether it is practical or not.  It allows people to imagine solutions to intractable problems which appear to have been ruled out by an exhausted elite at Westminster.

In Westminster, nothing appears to be possible.  Issues tend to be framed in terms of gestures within existing institutions, or in terms of budgets, which might have little or nothing to do with the basic problem.  The independence debate appears to have allowed politicians to sidestep their besetting sin: the worship of existing institutions, and a blindness to their manifest failures.

It is bound to be energising when you find yourself in a political culture that is prepared - rightly or wrongly - to think boldly.  It is worth remembering this in the future if, as seems increasingly fraught, we are ever going to persuade Scotland to stay in the union.

Second, it  seems pretty clear that the swing to the SNP is primarily an anti-Labour swing.  It means that people have suddenly grown up, have looked around themselves and feel a sense of rage that they have been trapped, abused and taken for granted all these years by the old style arrogance of the Labour Party.

In this respect, again, the swing to the SNP must appear like a liberation.  And look at the housing around Glasgow and you realise the appallingly inhuman mess that Labour rule has made of Scotland since the Second World War.

When I saw some of the estates in Glasgow for the first time, they took my breath away.  In fact you could see that Labour-style mass houisng, inhuman and technocratic and degrading, as a vision of everything that has gone wrong with politics in the UK over the same period.

David you're spot on in asserting that it's the failings of Labour that have brought Scotland to the pass it is now in. My own caveat on your piece would be to use the term 'Labourism' rather than 'Labour. Many progressive activists in Labour gave up and exited after understanding the reality of the self-serving and self-connecting networks in Labourism in Scotland. I'm well experienced in the Glasgow housing scenario you well describe. I was for several years the director (CEO) of a community controlled housing association in Glasgow. The community based housing association sector was one of the shinning success of the Glasgow scene post 1970s. IME a prime driver in that success was the disdain among grassroots activists for the social brutalism and managerial and governance ineptitude that the Glasgow Council’s municipal housing empire had become.

Back in the 1960s when Glasgow was on it’s knees, the social disaster of the Council’s giant peripheral housing schemes were the source of much of the social and economic breakdown. Enormous estates the size of large towns were built with mono-type dreary housing forms and very little in the way of shops, secondary schools – and certainly virtually no jobs. The Thatcher era then of course greatly deepened the scourges of unemployment, exclusion and poor health in these already severally disadvantaged estates (constructed by Labour). No-one was more callous or vitriolic about the ‘wrong-doings’ of the hapless inhabitants of these estates than old time Labour politicians.

That housing scenario could be replayed over again in several scenarios in Scotland.

Meanwhile the self-aggrandisement of Labourism continued. Our long standing Labour MP retired at the last election as a wealthy millionaire. There are so many ‘enobled’ Labour remunerated retirees that during the Independence Referendum they used on Twitter #LabourLords (oh the many levels of irony in that hashtag).

The appointment of Jim Murphy as leader of the (legally non-existent?) Scottish Labour Party showed that the Labour, as directed by Westminster Labour, remains a deeply unlearning entity (John McTernan getting the staff job in Scottish Labour can only further confirm that view).

Thanks so much, Edward. You're quite right that it is Labourism that has caused the trouble. A kind of dark side of the Spirit of 45 which, in some ways, we all require liberation from.