What happens to political parties in power 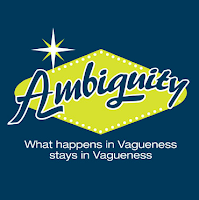 I was at an internal Liberal Democrat meeting at Westminster some weeks ago - I won't say which, but there was a minister there - and it made me think about the particular trauma of being in government, and the effect it has on people.

There is, of course, something of an inevitable divide between parties at Westminster and parties campaigning locally.  For the Lib Dems, this is exacerbated by the emergence of a new cadre of special advisers and party staff who might not even have been members before 2010.

I don't want to give away much about this conversation, because it wouldn't be fair.  But what took my breath away was the gulf between parliamentarians in government (deeply pragmatic) and parliamentarians who still regard themselves as grassroots campaigners.

Most Lib Dems are both - they have to be - so this tends to be a psychological divide.  It is a divide in the soul.  And it set me thinking about what happens to political parties once they find themselves in government.

I have no evidence for these assertions, except my own eyes.  But I have a feeling that the experience, and the pressure and frustrations, affect different ideologies differently.

For Conservatives, a few years in the mangle of government, and they come out deeply cross, perhaps even arrogant.  Their fundamental sense of their own entitlement to power becomes more evident.  They become beset at a deep level by rage that they are being questioned at all.

Often these transformations seem to me not only to bring out the shadow side but to be experienced as major irritation.  For the Conservatives, the irritation is that they are being prevented - by the leadership, the coalition, the Eurocrats, the liberal establishment - from ruling as they see fit.

For Labour, the shadow side is different.  They become micro-controllers, enraged at the failure of institutions and individuals on the ground to fall into line in the way they expected.  They they become arch-centralisers.

Incidentally, this means that - while I'm delighted at Ed Miliband's recent campaign about setting the cities free - I remain slightly sceptical about the ability of a Labour government to see this through.

Which brings us to the Lib Dems.  Their rage in government is directed at impractical idealists, those whose failure to be pragmatic enough - to fully understand the barriers to change - are preventing them making progress.

They become arch-pragmatists, prepared to accept almost any compromise if it avoids the humiliations of powerlessness that seem inevitably to come with power. Interested only in the specific path to making things happen.

That was the difficulty when Lib Dems ran so many local councils.  The councillors in power tended to forget their ideological roots, and began to believe in good, pragmatic government, and consequently lost their compass and stopped innovating.

A little pragmatism isn't a bad thing.  I've had a homeopathic dose of it on the very fringes of government, and feel it has done me good.   I was, after all, one of those impractical idealists, deeply committed to vague change, the details of which eluded me.

But then, maybe that's what they all feel.

What do we do about it?  I don't know, but a little self-knowledge can work wonders.

Subscribe to this blog on email; send me a message with the word blog/subscribe to dcboyle@gmail.com.  If you want to stop, you can email me the word unsubscribe.

A pragmatic LibDem government should carry out a scientific systems analysis of our current socio-economic system.
This would show, according to my analysis, that our social problems; drug addiction, obesity, binge drinking, poverty, homelessness, etc. etc. are the inexorable outouts of the systems we have in place now.

I have been advocating for many years now that our economic system needs to be re designed so that the inexorable output is the freedom and the physical, psychological and financial wellbeing of our citizens.

Surely part of the problem here is that the Lib Dems fell into a number of traps.

An example bear pit would be the referendum on changing the voting system. A referendum with wording and campaigning stacked according to Tory preferences. Student loans would appear to be another - even if you become persuaded that loans are necessary, you cannot as the Lib Dems, meekly fall into line with a Tory implementation and expect your voters to be happy with you.

The fundamental problem here is that "pragmatism" sounds "grown-up" and "adult." However, if you are the smaller, weaker party, "grown-up compromises" will usually not help you.

And so it proved. In the end, the Lib Dems desire for power overwhelmed their strategic thinking. All this "grown-up" talk about "pragmatism" and "compromise" is actually a fig-leaf for a complete failure to think through the predictable consequences of submitting to a binding arrangement with a larger, more powerful party.

They should have gone for "confidence and supply" or a similar arrangement and then they could have had some real influence. As it is, the Tories are reshaping society and the Lib Dems have sold their principles on Education (increasing central control), GCHQ (the Lib Dems have enabled on going total surveillance) and in many other areas.

I won't flood this comment section, but there's a really important point to be made here:

There is next to nothing in the Lib Dem philosophy that you cannot find a Coalition policy in contradiction with.

If it was just a matter of betraying expectations - many voters didn't realise that the Lib Dems are profoundly comfortable with many Tory policies, particularly austerity - then that would be run of the mill cynical political "pragmatism."

(Two side points, (1) I put pragmatism in quotes, because as I note above there were pragmatic alternatives, but they have been pushed out of discourse by those who wish to defend their decision making. (2) When you get down to it, that border between pragmatism and cynicism is much more important for the Lib Dems than the leadership appears to realise. No-one votes for a 3rd party in the British system for reasons of cynical calculation - at some level you place your existence at risk by embracing cynicism…)

Back to the main point - the fact that the Lib Dems have only tiny victories to show and so many broken commitments, so many failures to show any kind of principle regarding so many coalition policies - well, it's hard to see what this "pragmatism" is worth. And I suspect with the rise of UKIP, we'll see the results at both the European and General Elections.

The deep irony being that if the polls are borne out and the Lib Dems do get a drubbing at the Euro Elections, the leadership will draw exactly the wrong conclusion and mount a campaign for more "pragmatism" and "adult compromise."

Compromise is a virtue and is essential to democracy, allowing a government to not be blinded by a belief that it is right and to listen to every point of view and to consider all evidence from all the differently affected parties, and then to decide on a way forward.

For those who sneer at pragmatism here, and would prefer a government that puts principles above reason, and self-belief above democracy, you should head to Venezuela, where the lack of compromise has led to economic crisis, the silencing of protest, death in the streets.