Going down the wormholes through time 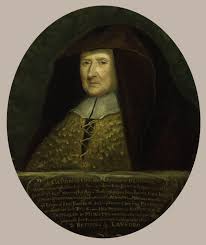 I realise this blog is becoming, in some ways, a kind of conversation with Jonathan Calder - which I hope will allow me to steal a little of his glory.

But I am fascinated by his blog yesterday: his story about the two children of soldiers from the American Civil War still being paid pensions by the US government is one of those strange tales which reveal that human history is not quite as long as it seems.

Apparently, the last Civil War widow only died in 2003.

I was thinking about this, having just come across a letter to the Morning Post on 12 April 1919 from a cousin of mine called Dulcie Boyle, where she says this:

"My father told me that his father had been told by his uncle that the latter's grandfather had danced with the old Countess of Desmond, who had told him that Richard III, instead of being hump-backed, was a very handsome man."

Now, as we know, Richard III has since come to light and apparently had some curvature of the spine, but was not exactly the hunchback of popular mythology.  The Boyle grandfather was born in 1784.  His uncle was born in 1733.  I met Dulcie Boyle's brother before he died in 1967.  That gives us eight links from me back to Richard III I think.

There is some confirmation of the story from other places.  Other historians report that the old Countess of Desmond dined and danced with Richard III and said he was the handsomest man in the room except his brother Edward and "very well made".

I also came across this from the Morning Post shortly afterwards (still 1919):

"Mr Paynton, the magistrate, related to my son, the Rev. Sydney Turner, the following particulars: when a boy, about the year 1810, he heard the old Lord Glastonbury, then at least 90 years of age, declare that when he was a lad, he saw and was often with the Countess of Desmond, then living, ab aged woman.  She told him that she she was a girl, she had known and frequently seen an old lady who had been brought up by the former Countess of Desmond, who was noted for her remarkable longevity...  This lady mentioned that this aged Countess of Desmond had declared that she had been at a court banquet when Richard was present, and that he was in no way deformed or crooked."

So, would Richard III's spinal problems have been at all apparent?  I think we should be told.  In fact Lord Glastonbury was only 68 in 1810, but still...

But there are a lot of these strange wormholes through time.  I know one leading Lib Dem, who is younger than me, and whose father lost a leg at the Battle of the Somme.  We forget that human life is long enough to straddle very different ages - someone who watched the Armada in the Channel as a child might well have lived into the English Civil War.  Someone who could remember the guns at Waterloo might have been driven in a car with a man with a red flag in front.

Lord Brougham, the famous pre-Victorian statesman, died in 1868.  When he was a boy, he met an old lady who had actually seen Charles I being beheaded in Whitehall in 1649.

I must say, I enjoy these stories.  During my lifetime, I have met many people who remember the nineteenth century.  I hope by the end of my life to have known many people who will know the twenty-second century.

If the human lifespan stays stuck within a century usually, the experience of one lifetime can - via the people you meet - extend very much further.  The nineteenth to the twenty-second century is four different centuries after all, and human history gets a bit blurry beyond ten centuries.  It is amazing that human memory can almost extend that long, if it is extended via meeting people.

I am 54.  Only four of my lifetimes would take us back to Jane Austen's heyday.  It isn't really terribly long.

The Countess of Desmond, incidentally, is supposed to have died in 1604 aged somewhere north of 120 years old.  She had just sailed from Cork to Bristol to complain about her castle being appropriated by Richard Boyle, Earl of Cork (no relation of mine), and walked from there to London to petition James I.  It is said that she travelled with her invalid daughter aged 90, who was pulled along behind in a cart.

This was not what killed her.  That was apparently falling out of a tree, though contemporary historians argue whether it was an apple tree she fell out of or a nut tree.
Posted by David Boyle at 10:51

However, I must confess to some scepticism about Lord Brougham. By my rekoning, if he was 110 when he died, in 1868, his childhood would have been in the 1760's, 115 years after the execution of Charles. I suspect the chain has an extra link.

Incidentally my great grandfather was born in the reign of George IV.

I was aged 11 and present at the celebrations when Hong Kong was handed back to China in 1997. I have spoken to a man whose grandfather was part of the deputation sent with the first governor to that territory in 1842.

(this man's father it turned out, had also occupied the same rooms in Merton College Oxford as I did over 110 years before me, when it was apparently full of rats!)

This man was confident that he would live long enough to celebrate 200 years since the birth of his grandfather in 1819, by which time he would be in his 90's.

Still I am afraid I simply cannot believe anything relating to the Countess of Desmond, even if it is true that Richard had a straighter back than we all thought.

I once met someone who was on the plane with Neville Chamberlain when he came down the steps and declared 'Peace in our time'. I am 28, and I look forward to telling my grandchildren about it, by which time, to them, it will seem impossibly far away.

How good to hear from you? I'm not sure I'm related to him, but I can tell you that my bit of the Boyle family were bankers in Dublin until 1884 before they came to England. Before that they came from Limavady in Ireland and before that from the kind of Glasgow area. How about you?