The truth about negative interest rates 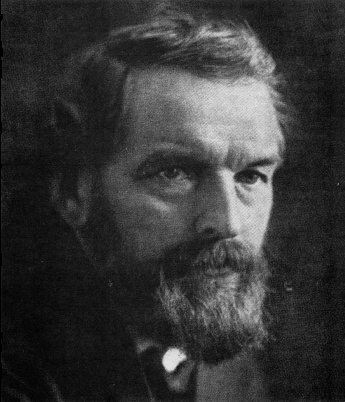 It was strange, and rather thrilling, to hear a radical idea from the deputy governor of the Bank of England.  We have become used to the great tradition of the Bank of England that no no idea should ever emerge from there until it was completely worn out - but then Denmark has already introduced a negative interest rate, so perhaps it wasn't completely radical after all.

But since you won't hear this anywhere else, here is a little potted history of negative interest rates.  The idea goes back to an Argentinian trader called Silvio Gesell.  It was Gesell who pointed out the major flaw in interest rates - they encourage hoarding rather than spending.  It is always going to be easier to make money out of money, rather than using it to do something productive, he said.  Money grows if you invest it – but real commodities tend to rust or go mouldy.  That would mean that the natural interest rate ought to be negative: it should cost you money to hold onto your money.

The answer, he said, is to have money that rusts too. The idea was taken up enthusiastically during the Great Depression, most dramatically in the Austrian ski-ing town of Wörgl. And by catching the eye of the great American economist Irving Fisher, rusting money was adopted all over the world before it was declared illegal by the world’s central banks, fearful of a threat to their own authority.  Gesell put the idea into effect as finance minister of the short-lived revolutionary republic of Bavaria in 1919, but was only in office for seven days.

As a result, only one of the great 1930s money experiments is still running: the Wirtschaftsring system in Switzerland, a mutual-credit currency scheme widely used by the building industry and the restaurant sector. Wir, as it is called, started in 1934, the brainchild of Werner Zimmerman and Paul Enz, two followers of Gesell. By 1993, it had a turnover of £12 billion, using a parallel currency to the Swiss franc.  But they renounced Gesell’s ‘negative interest rate’ in 1952 and now pay and charge low interest on loans and deposits.

Wörgl was in a terrible state in the Great Depression when the burgomaster Michael Unterguggenberger persuaded the town to issue its own currency, to the value of 30,000 Austrian schillings, known as ‘tickets for services rendered’. But unlike ordinary money, these notes lost value by one per cent a month, and to keep value – if you hadn’t spent them – you had to buy their stamps once a month and stick them on the back. The proceeds of the stamps went on poor relief.

The notes circulated incredibly fast. Within 24 hours of being issued, most of them had not only come back, via shops and businesses, to the municipality in the form of tax payments – sometimes months in advance – but had already been passed on their way again. During the first month, the money made the complete circle no fewer than 20 times. After four months, the town had built public works of 100,000 schillings, employing people who were jobless; most of the town’s tax arrears had been paid off too.

Fisher was inspired by what he found in Austria and rushed out his own instruction manuals, called ‘Stamp Scrip’, for the struggling American towns. Within months, about 300 US communities were printing their own negative-interest money.  Roosevelt declared them illegal in one of his first acts as president, afraid that their very existence was undermining faith in the US dollar.

But there are two possibilities.  One is that we need a parallel currency or series of currencies which could back regional development, and which could then have negative interest rates - rather as they did in the Middle Ages.  The great Gothic cathedrals were probably built using negative interest money - these things work.

But the really urgent problem is that Quantitative Easing just doesn't work.  It goes onto the balance sheets of banks and stays there, until it is recycled as bonuses.  What the new governor urgently needs to do is to rethink QE and reinvent it as the direct creation of interest-free loans to build the nation's green infrastructure, and which can be recycled into low-cost loans via the community development finance institutions.  This is the fastest way to get money directly to where it is needed, as Obama has found in the USA.

Here's the key.  Don't let the money go anywhere near the conventional banks.  It isn't that they don't want to use it effectively - this isn't lack of will on their part - but they have abundantly proved over recent years that they are unable to use it.

More about this, and more, in my book Money Matters.

I'm not an economist, so there may be all sorts of reasons why it didn't happen, but I have always felt that the bank bail out should at least in part have been by paying off private mortgages - or at least up to a certain value. This would at one stroke release lots of potential spending and boosted the economy with real money not inflationary QE