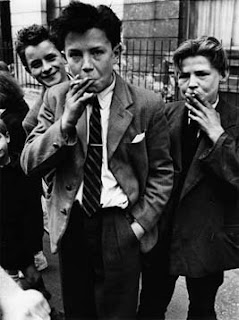 I was listening to the Ofsted chief yesterday evening castigating the standards of schools in Bradford, and it reminded me of the research I did on the origin of school league tables for my book Broke.

Because if Bradford's education is bad now, cast your mind back to what a disaster area schools used to be in cities in the bad old days of one-party Labour rule.

The first league tables in 1992 showed what a problem there was. The national average of five passes at GCSE stood at only 38 per cent. Labour Southwark Borough Council was bottom of the league, with just 15 per cent.

The most revealing comment of all came from the head teacher of a school in Leeds where only two pupils had managed to scrape together five GCSEs: ‘We have a dreadful problem with truancy and discipline. We have intrusions like motorbikes being ridden into school during the day while lessons are being taught.’

The very honesty seemed to demonstrate the scale of the problem, especially as he added that they were the best rugby league school on the country. So that’s alright then . . .

I believe the way league tables are designed has been pretty pernicious. I find it pretty hard to trust Ofsted and their reports, which sound as if they had been written by robots (and possibly were). I'm pretty convinced that the way schools still work here conspires to deny pupils the education they need. Yet Sir Michael Wilshaw is definitely right to demand better from the remaining pockets where so little is expected of pupils.

I don't want to give the impression that this was just a Labour problem. Part of the basic difficulty is the continuing dualism in the UK education system - which insists you must be either a scholar or a machine-minder, and which Vince Cable chipped away at with his apprenticeships.

For so long, Conservatives turned a blind eye to the problem of this endemic snobbery (they still do), while Labour allowed the failure to continue. By busting apart the cosy consensus in local government, it seems to me that the Lib Dems laid the foundations for improving education.

Then we had the Blair-Brown consensus instead, which certainly has dragged up standards, but which defines them so narrowly that it lays the foundations for the next hiatus - but that's another story.

When I think of the lives that were constrained because people went to school in the early 1990s in Bradford or Croydon or Southwark or any number of other places, it does make me furious. Such a staggering failure of the system. Because they didn't think children were important enough to help them succeed.

It is time a group of former pupils brought a class action against the education authorities that let them down a generation ago.

Nope, I don't see the point of a class action at all. And I don't see that you make a case for one. Sure, things weren't necessarily great, but that was then. The situation today is clearly different. We can change the future, not the past. Those individuals with responsibility back then did not necessarily have the power to change things, just as heads today are prepared waste effort to jump through arbitrary loops to get good OFSTED results. I would argue that one of the major problems with education today appears to be that many kids have the idea they in some education fine-dining restaurant where they get served up an education, and if they don't achieve it is entirely the fault of the school. We need to develop kids self-determination and ambition.