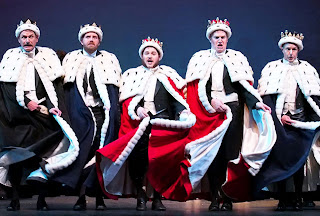 Shortly after taking office in 1997, Tony Blair made a ridiculous gaffe in the House of Commons where he claimed that “sovereignty” remained with him.

Paddy Ashdown slapped him down, reminding him that sovereignty actually lay with the people – or with people, if you don’t believe in such concepts.

This important exchange is now largely forgotten, but the question that lies behind it is suddenly important. Why does what passes for a British constitution allow prime ministers to flirt with the idea that they are monarchs, temporary kings whose writ must be obeyed? Because there is nothing in our history or constitution suggesting that this is the case.

I mention this because, in political terms, I suppose we are now seeing what you might call a cloud no bigger than man’s hand.

The Conservative end of the coalition failed to honour their manifesto promise and reform the House of Lords to make it more democratic, more legitimate and more effective.

So now, when the Lords begins to assert itself as an effective second chamber, it has no democratic legitimacy and so David Cameron announces plans to emasculate it – in effect to abolish it as a meaningful contributor to British law-making beyond a mild tweaking function.

It is a reverse of the struggle between the Liberal government and the Conservative dominated Lords that took place a century ago. In those days, it was known by Asquith as ‘Mr Balfour’s Poodle’. Now that it is nobody’s poodle, the Conservatives are moving towards abolition.

Ironic really, given that it is the rise of the Liberal block in the Lords that now most upsets the government. They say it has no democratic legitimacy, as if somehow nobody had voted Lib Dem in the general election.

But what really confuses me is why we seem unable in this country to incorporate an effective and democratic second chamber, as most civilised nations have. Why the obsession with control? Why the obsession with enforcing decisions, rather than on making good decisions? We all know the appalling mistakes made by UK governments because there is no check on them.

In fact, British government suffers because it is structured like a kind of tyrannical state, using monarchical powers to force through decisions on behalf of whoever manages to win a majority of MPs – this is nothing to do with a majority of the votes.

In short, we have no proper separation of powers. No civilised balance dedicated to making the right decisions. A sort of childish petulance and fear that ministerial whim will not somehow be obeyed, which seems to engulf both Conservative and Labour in government – and which is one reason why the coalition experiment was actually extremely successful (except of course for the Lib Dems).

But now we have the cloud no bigger than a man’s hand. I hope the Lords will vote down the legislation to remove their revising powers. Then we will have the second constitutional crisis in a century on the same issue.

Except that this one could so easily have been avoided if Blair and Cameron had done what, in different ways, they had promised to do,

Sorry but " In the thick of it " has ruined UK politics for me.

What is the point of power, if it is not absolute?
People / Plebe are so annoying, they resist your vision when not opposing it. You know better, you are in charge.

The smack down by the House of Lords over benefits was something.
People in ermine robes caring for the poor, daring to say no to people with trust-funds in tax havens, who never had real jobs and hang out with too many oligarchs. How dare they?

What is really worrying, is the Bromance between N.10 & N.11 since Blair & Brown , beside the long nefarious influence of Mr Burns and his minions on various governments and the use of team of image / crisis consultants ( who churn out clones).

Blair still can’t fathom why he is hated. Seen with his wife, I am starting to confuse them with Richard Madeley and Judy Finnigan.

Everything is short term – basically next budget – next election until N.11 takes over N.10. Osborne has got the Marlon Brando’s Cesar haircut, and the lean and mean diet that ends up making him look like Ernst Blofeld. In contrast to Cameron who looks bloated by the effects of cortisol.

Someone with this kind of haircut might eventually utter : Et tu, Brute?