It is time to prevent the RBS sale. This is how. 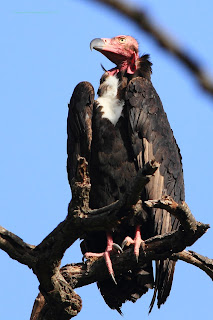 The whisper in the Sunday papers was that George Osborne will start the process of selling off the state owned RBS some time today, with an independent investigation into how it might best be achieved and the best timetable - it is far too big to sell all at once.

Now, this is a more important issue than it might seem at first sight.  The government has an obligation either to get back the money they originally spent bailing it out - or to convert it in such a way that RBS can play a useful role.

Small business lending is still flatlining in the UK, despite the recovery - unlike the rest of Europe - because we lack banking institutions capable of providing the support to SMS, as practically every one of our European competitors do.

This is how the Economist celebrated a new bank in the USA, only the second in the past five years:

"The resultant dearth of bank startups is troubling. Although small banks accounted for just 22% of all bank lending in America in 2014, they held 51% of all small-business loans and 77% of all agricultural loans, according to a study from Harvard University. That is partly because their loan officers can use their personal knowledge of a borrower and the local economy to evaluate credit risk."

I couldn't have put it better myself, yet the UK has virtually no small banking sector to account for half of our small business loans.  The new government can't see the link between the dearth of small banks in the UK and the dearth of middle tier companies.

So if Osborne is determined to sell RBS off, just to go back to the good old pre-2008 dysfunctional gravy train, that's important.  It would mark the reversal of the coalition's attempt to rebalance the economy. It is a destructive slap in the face for beleaguered SMEs. It is an anti-business measure.

It is also a test of the question of whether the new parliament, and the new Lib Dem leadership in particular, is able to act effectively and decisively to make sure that - whatever happens to RBS - it starts to serve the SME sector.

The sell-off is only possible if investors want to buy and, I expect, the more they know, the less they will want to. So here are seven questions I would ask, and quickly:

1. Will the Chancellor publish the advice on whether RBS is viable that he has been receiving from the Treasury - and if not, why not?

2. How will losing £7bn to return RBS to its old dysfunctional state going to do anything to rebalance the economy?

3. Will Osborne wait until the elusive report on RBS' 'vulture' operation, feeding off the small businesses that came to it for help, before off-loading the company?

4. Will he consider, after the first tranche is sold, restructuring RBS along regional lines to provide some kind of diversity in the UK banking market?

5. If he doesn't come clean about the real state of RBS finances, or the future fines, then how can he honestly sell shares - except below their market value?

6. Alternatively, has the Treasury considered Nick Goodway's plan to sell it one third to investors, one third to customers and one third to staff - and if not, why not? A John Lewis approach would also bring a little diversity and real competition to the banking market.

7. Failing those solutions, how does he intend to speed up the glacial progress towards a diverse banking system that is able to support UK business?

It so happens that the official opposition's attention is elsewhere at the moment, and may be permanently, so the opposition is going to have to be led in Parliament by Tim Farron and Caroline Lucas.

In particular, it is an opportunity for the Lib Dems to make the small business agenda their own, as they should have done long ago.

My impression is that people are desperate to see politicians working together on this, and many other urgent issues where Parliament has to be forged into an effective instrument to make things happen - rather than just a backdrop to the posturing of opposition campaigns.

In the meantime, if there is anyone out there in a position to know the real financial state of RBS, I hope you will get in touch with someone in Parliament, or with one of the key journalists associated with the issue, immediately.

I hope then that we might convert RBS into an effective lending institution, supporting the UK economy, not corroding it - before it is too late.