The boneheaded conservatism of the BBC 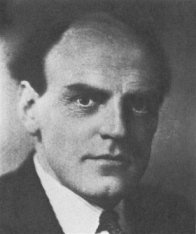 You don't have to be what used to be called 'right wing' to be conservative.

Tony Blair made a speech in 1999 about what he called the "forces of conservatism". It wasn't perhaps clear then, as it is now, that he was part of these same forces himself in his deference to the most powerful player in any situation - political realism, taken to those lengths, is preternaturally conservative.


But the same is also true of his nemesis, Jeremy Corbyn. Harking back to the solutions and institutions of the 1970s - the CEGB, the Ministry of Prices and Consumer Protection, the DHSS - may seem fresh because it is all a long time ago, but it is just as conservative in its own way.

But, I fear, the most conservative of them all is the BBC - in its determination that the only political issue is the size of the state.

I found myself chewing the carpet with frustration over their coverage of the RBS sell-off - pitting a Treasury statement against one from Corbyn himself, and then leaving it lazily at that.

It doesn't seem to occur to the BBC political editors that the issue isn't that at all.  There aren't many of us, except for Corbyn, who want to keep RBS in state ownership forever.  Or even those who believe that every penny of the bail-out should be paid back.

Why don't they understand that the main objection to George Osborne's plans are its sheer waste? Why do we want to return RBS to its tiny group of dysfunctional and corrosive financial giants - when nothing has been done to solve the basic problem? There are no local lenders capable of nurturing the UK SME sector. Every other European country bar Hungary has this; we don't.

The truth is that the besetting sin of the BBC is not left-wing bias, it is boneheaded conservatism.  See my chapter on the BBC in Eminent Corporations to see what I mean.

The Chancellor of the Exchequer Winston Churchill demanded that the BBC should be subsumed into his propaganda operation. The daily newspapers could not print. Only the BBC remained as an ‘objective’ source of news – but how objective could they be?

Reith cleverly hitched his wagon to that of the more moderate Prime Minister Stanley Baldwin, and persuaded him to insert a short passage about into his broadcast about “longing and working and praying for peace”.

He also banned Labour speakers and any supporters of the strike from the microphone. With relief, nine days later, Reith was reading the news himself when the rumours emerged that the strike was over and the BBC had not succumbed to direct government control, at least formally.

“We do not believe,” he wrote afterwards, “that any other government … would have allowed the broadcasting authority under its control greater freedom than was enjoyed by the BBC during the crisis.”

Like a medieval church, the BBC’s inner priesthood came to believe that the defence of their independence was their predominant objective. Their right to inform and inspire, as they saw fit, to discharge the sacred duty of providing quality programmes, had to be unsullied by the dull compromises of politics.

When in 2009 the BBC clung so much to the letter of their independence that they refused to air a humanitarian appeal for the victims of the war in Gaza, it was part of a long tradition of not quite seeing the wood for the trees.

It was no coincidence, therefore, that the BBC nailed its colours to the fence in the way that they did, and continue to. There would be flurries of exciting new projects and daring innovations and opinions. But otherwise, they would be enthusiastically, passionately, middle of the road.

In fact, it was a key factor in their success with the public. People knew they would never be surprised, never shocked, never told anything that was too clever for them, never have an issue packaged for them with more than two sides, and they took the BBC to their hearts as a result, as their own beloved, predictable, dull-witted Auntie.