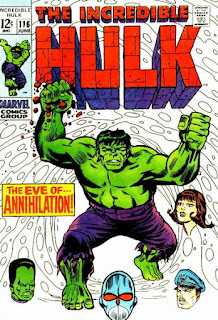 I am now 57 and feel too old to act like an Incredible Hulk, politically of course.  When that old despair and rage returns about the way my own government is behaving, my main feeling is exhaustion.  It saps the strength.

If I've occasionally seemed too much of a compromiser, here is my excuse. I feel I need to understand why decisions are taken, why officials don't understand, how we might in practice move things forward.

I'm not saying that everyone should share this, just that for me, personally, now, I'm no longer prepared just to campaign fruitlessly against things. I want to be part of making things happen.  That's why I wrote the book People Powered Prosperity: it was an honest attempt to break a logjam.

The last time I just felt furious was about the Blair-Brown approach to public services, and their determination to force me to carry an ID card. That was back in 2009.

It wasn't that I agreed with everything the coalition did - far from it (and the decision to build a new nuclear power station was pretty infuriating, but seems likely to cost so much that it won't ever happen). But I understood why the decisions had been taken in the way they had.  So for five years, I've been blissfully rage free.

So I've found the last week exhausting.  First there was the battery of wrong-headed decisions to end the progress made by the coalition on low carbon technologies - selling the Green Investment Bank, ending support for solar, closing down the low carbon homes initiative, wasting the resources of all the companies which had invested in it.

Then there was the perverse decision to overturn the ban on neonicotinoids in pesticides, which appear to be behind the death of bees. The Labour Party has less important matters on its mind, but I hope some parliamentarian will demand to see the suppressed minutes of the government's advisors - I hope a campaign group can challenge the decision in the courts. I know Parliament is in recess - that is why they made the announcement now - but this one should be winnable with sufficient opposition energy.

But I must say what really sent me into a fulminating spin of rage this afternoon was hearing David Cameron's answer about House of Lords reform, taken from his speech yesterday in Singapore. He was explaining that he intended to increase the number of Conservative peers:

“I'm not proposing to get there in one go. It is important to make sure the House of Lords more accurately reflects the situation in the House of Commons."

We know that Conservatives failed to keep their end of the coalition agreement to bring in some kind of democratic element to the Lords. In the absence of that, then the Lords certainly does need to be politically balanced.  But if the objective is to make it reflect the dysfunctional and undemocratic electoral system in the Commons, that simply compounds one injustice on another.

I accept, of course, that Lib Dems may now be quite well represented. But is Cameron intending to open the doors to Ukip or Green peers to reflect the number of people who voted for them?

The only justification for a second revising house is that it isn't a clone of the Commons. In those circumstances, what's the point?

As I raged to myself about this during the afternoon, I realised that this is not just a Conservative error, it is a utilitarian error often made by Labour too - to mistake the counting system for reality.

We have a bizarre democratic scoring system for electing governments. Perhaps it might be possible to accept the result, under certain circumstances, because it is at least a traditional method of election. But to fall into the trap of believing the perverse result of the election actually reflected the way people think is the same kind of boneheaded utilitarianism that New Labour used for its target system.

I remember hearing about a room under Labour at the Department for Education, set out like a dashboard, filled with information from targets and league tables pouring in from all over the nation - and encouraging a technocratic fantasy that the figures represented reality.

I happened to know one teaching assistant at the time in a school that was shooting up the leagues.  Her teacher had spent the whole term hiding in the stationary cupboard.

When you think they are, it isn't just democracy that is undermined. The language is impoverished and we find ourselves in a narrowed universe, unable to see truths that were obvious to previous generations.