Dear blockchain, here are your ancestors... 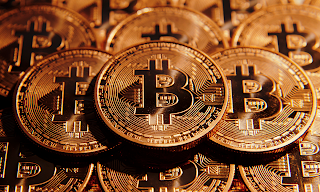 Vinay Gupta is a fascinating man, graduating from developing simple yurts to support refugees anywhere to working out the deeper implications of bitcoin, blockchain technologies and climate change. I was keen to meet him, and I did.

In fact, I met him at an amazing annual event hosted in Brighton called the Meaning conference, packed full of thirty- and forty-something entrepreneurs who are optimistic that enterprise and imagination – social and profitable – can develop solutions to the world’s problems.

We live in undeniably pessimistic times, so it does everyone good to be around optimists. And Gupta’s presentation was optimistic. He believed that blockchain, the technology behind bitcoin, can “solve the problems the free market is unable to solve” – including the inefficiencies that creep in with dominance by big corporates.

“Bitcoin and its associated world is now worth $200bn, printed by a collection of nerds,” he said (there has been a bit of a downturn since he spoke). “You stare at it and you keep staring at it and it doesn’t get any more sensible, and it doesn’t go away.”

I talked to him afterwards and he confirmed what I feel about the blockchain phenomenon. That, although blockchain is new, the idea of new kinds of currencies or tokens – some speculative, some practical – is not new. But few in the new wave know the story of what happened before, via negative interest currencies, stamp scrip, deli dollars, Ithaca hours, berkshares, the Club de Truque, the community banks of Brazil, the Bristol pound, LETS, green dollars, beenz, ipoints, trade pounds, time credits, e-gold, and all the rest of them.

This is an important body of knowledge. I therefore commit myself to bringing together the old world of complementary currencies with the new world of blockchain – and to see what happens as a result.