Monopolies and the dog that didn't bark 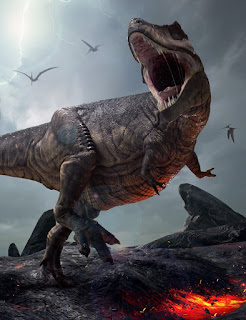 This blog post is copied from the Radix blog...

The news yesterday that the doom-laden trade dispute, between the giant American planemaker Boeing and its small Canadian rival Bombardier, may have been resolved only seemed to compound the basic underlying problem.

If the dispute really has been patched up, then it has been by doing a deal with Boeing's European rival giant Airbus to construct the Bombardier planes ordered in the US in a factory in the USA.

Of course, we should welcome anything that resolves this kind of trade spat, but – really – there is something craven about the solution, just as there is about the original problem. Apparently, both modern protectionism and modern free trade are understood in practice as about protecting the giants against their challengers.

I have written elsewhere (in the book I wrote with Joe Zammit-Lucia and published by Radix) about how the free trade idea became so corrupted. It appears to have something to do with a long-running dispute inside the Chicago School of Economics in the 1950s. Milton Friedman emerged as the victor and he said that monopoly was rarely if ever an issue.

This nonsense has led to the current impasse, where free trade has come to mean the very opposite of the original idea - it isn't about supporting challenge from below, it is an apologia for monopoly, a featherbedding of the giants.

While I understand how this reversal came about, I'm not sure why the forces of Liberalism worldwide should have abandoned their most important economic doctrine.

But I do know that concern about monopoly power is rising, not here perhaps, but in the USA - where two pieces of economic research have been published which lift the lid on the economic consequences of monopoly power. After all, the US Department of Justice didn't open any cases against monopolies at all in 2014, and opened just three in 2015. That compares to 22 cases in 1994.

You can read more about the latest research in the Bloomberg report here. Particularly, economists Jan de Loecker and Jan Eeckhout have found that prices re now 67 per cent above costs when they used to be just 18 per cent, and other evidence that consolidation is driving up prices. German Gutierrez and Thomas Philippon have also found that business investment as a share of GDP has been falling - probably because of the increasing market power of companies. Why would anyone lend you money to compete with Amazon, after all?

The situation was summed up in a recent headline in Christian Science Monitor explaining that Catalonia can opt out of Spain (perhaps), but never out of Google. American thinktankers like Barry Lynn and Stacy Mitchell are beginning to make hay with the monopolies issue, but in the UK - well, silence.

In fact, if you were wondering why the political centre ground has become so lost on this side of the Atlantic, their ability to be the dog that didn't bark about monopoly power might be all you need to know.

Subscribe to this blog on email; send me a message with the word blogsubscribe to dcboyle@gmail.com. When you want to stop, you can email me the word unsubscribe.
Posted by David Boyle at 10:22