How hottest June 1976 changed us forever 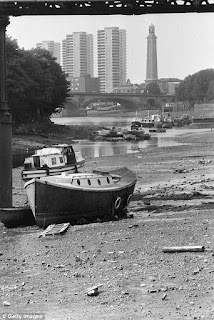 The one thing I took in from the television news last night was that yesterday was the hottest June day since 1976.

And suddenly it took me back. That was the month I did my A Levels.

In fact, beyond the haze of early adulthood and triumphant release from exams, I remember very little about the summer, which I spent reading a prodigious number of books and drinking rather too much. My grandparent’s pond dried up completely. The government even appointed a drought minister.

But what I do remember is that, in the endless sunshine, the restaurants of London’s West End put their chairs and tables out in the street for the first time. It looked so continental, as if it was the first fruits of the pro-Europe vote in the previous year’s referendum.

They never went away. It was a shock and suddenly the English character – certainly the London character – seemed to have changed completely. Suddenly we were cosmopolitan and outdoors people.

Long may we continue to be.

Incidentally, I also have a post published this morning on Tim Farron’s theology, and how our ignorance of theology is now dangerous on the Radix blog (yes, there is a link: one of my A Levels was Religious Knowledge). I also had a Guardian article yesterday about Vince Cable. Do read!