The rise of authenticity and what it means 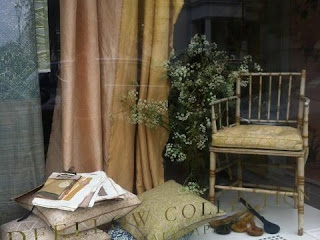 Some years ago, fourteen to be precise, I wrote a book called Authenticity. The subtitle was ‘Brands, fakes, spin and the lust for real life’, which had a kind of ring to it. I’ve since written more in a collection of essays called The Age to Come.

I was predicting the rise of a consumer revolution – real beer, real experience, real shops – which involved bending the meaning of ‘real’ a little. Things and services could never be wholly ‘real’ because such things are about travelling hopefully rather than arriving. But with those provisos, I believe I was right.

So it is fascinating to come face to face again with the phenomenon in the example of the authentic textiles, curtains, wallpapers and so on, by New Weather pattern-maker and member Sarah Burns, and her label Dora Fabrics. In the interests of full authentic disclosure, I should also reveal that I’m married to her.

Sarah has re-discovered some of the lost art of wild dyeing, using plants and techniques from the South Downs where she lives to dye cloth by hand.The results are there to see in the Guy Goodfellow showroom at 15 Langton Street, just off London’s Kings Road.

There is another chance to see Dora Fabrics at the moment at the Virginia White Collection pop-up shop in 17 Rugby Street, London WC1, off Lambs Conduit Street, where you ca see her Sompting pattern in fabric and on the walls too, inspired by some of the medieval carvings you find in the South Down churches.

For those of us who have not followed this particular debate about authenticity, there is a something of a stand-0ff between those who believe that authenticity is impossible by definition, and that any appeal to it must therefore be fraudulent – and those, like me, who regard it as a growing phenomenon and reaction against the all-pervading pushing of the virtual and the fake.

In that respect, Sarah’s designs have depth and so do her fabrics. In an age where nearly everything looks and feels exactly the same, built to a shiny, glitzy formula, this is the real deal.

But it is worth thinking about what makes it real? Is it the natural element, using plants gathered by hand? Is it the sheer inconvenience of it – the less than universal availability, given that plants have seasons? Is it the fact that you don’t have to throw the cloth away when it is faded (you just dip it in the dye again)?

My own feeling is that it is all those things but, most of all perhaps, it is the human contact – the fact that someone has collected the plants and made the dye and coloured the cloth. That it was done by someone specific, and done somewhere specific, with a name that you can pinpoint on a map. The human element, for me, is the new definition of authenticity. It can’t be perfectly authentic – nothing can and you might buy it online – but i is the direction of travel and not the end destination that is important.
Posted by David Boyle at 10:31