It's not what you do, it's the way that you do it - how Twitter caused Brexit 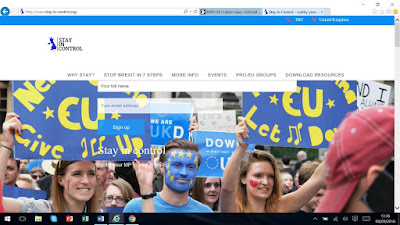 In 1780, a mob led by the half-crazed aristocrat Lord George Gordon stormed through London, shouting anti-Catholic slogans, demolishing buildings, setting free prisoners and - if Dickens can be believed in Barnaby Rudge - drinking molten lead from the roof of Newgate Gaol.

The Gordon Riots cemented the British establishment's horror of populism as the central plank of good government, and especially somehow anti-Catholic populism, which - as I have argued before - includes the sentiments behind Brexit.

The Nazi experience convinced the Left too that all emotion should be excised from politics, for fear of - well, to start with, for fear of the Mob.

The trouble is that this rendered the forces of good government all but powerless in the face of the skilled manipulation of emotion.

I don't mean Donald Trump, who is only using the clothes of populism to disguise an old-fashioned plutocrat. But Trump is also an example: his use of emotion was so crude that the only people it could possibly flummox was technocrats shorn of all feeling.

Unfortunately, that was all we had to defend the UK's involvement with continental Europe. The rest is history.

But it is a history that has yet to be written, and a fascinating report by the Radix thinktank this morning makes an important start. They used these assumptions about emotion and commissioned research from the University of Milan - analysing ten million tweets from the Brexit referendum and the Brexit debate since.

In fact, you could have predicted the result, they found, just by looking at the coherence and emotional content of the tweets - just as you could with the rise of Trump. The report All Atwitter about Brexit found that:

That is extremely interesting. It means that, if you use Twitter as the way you analyse the way sentiment is shifting, it looks as though the energy is with those who want to stay entangled with continental Europe.