Which is worse? Confused trains or confused truth? 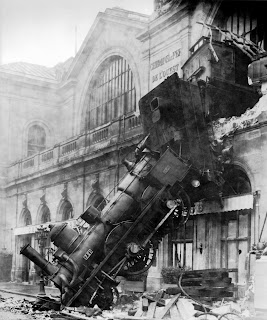 Sir Humphrey appears to be alive and well and living at the Department of Transport. I find it really pretty astonishing that nobody there seems to feel that Southern or Govia Thameslink passengers are owed some kind of explanation for having their lives turned upside down over the past eight months.

The poor put-upon rail minister Paul Maynard tells us that the Chris Gibb report was too technical to be made public - this is the report by the man given a budget of £20m and told to report back on why Southern was really failing.

I have heard rumours that we are to be allowed to see a copy, but that isn't what Parliament was told.

As if this isn't bad enough, GTR and Aslef were told to settle as soon as the #passengerstrike popped up as a possibility. Now they have - and blow me if they are not keeping that agreement secret too.

There have been three other significant developments since I last wrote about the rail crisis. First, the National Audit Office investigation of Southern Rail.

Second, the leaked story that the Department are at least giving themselves the option of stripping GTR of their contract.

Third, the Association of British Commuters have now brought their legal action for judicial review - which, given the disdain with which service users are treated - is potentially enormously significant.

The problem with contracted out public services, as it turned out, was that - in the case of any kind of difficulty between service providers and service users, the government turns out to be implacably on the side of the providers. It certainly wasn't what privatisation was intended to mean.

It may be, now that we have to find a more effective way of making services accountable when the government sees no legitimate role for service users, raising the money for a barrister may be the
most powerful way forward.

A couple of odd questions I want to ask...

First, why are the government delaying the announcement that they are stripping GTR of the Southern franchise? Is it because they were planning to appoint Chris Gibb himself as chief executive, and don't know how to do so without releasing his report to the public? Or do the criticisms said to be in his report now rule him out?

Or is it because, now that the judicial review by passengers is a reality, they are afraid that - if they take action now, so late - it will look like pleading guilty?

Second, why these stories about people applying to be train drivers and being told there are no vacancies, despite the very public GTR job adverts? Is it because GTR is afraid that they will make the commitment to a new generation of trainee drivers (at last), only to lose the contract? Are the all-powerful accountants from Go Ahead plc being a bit difficult about it? Or is it just the usual incompetence we have come to expect?

But oh how the establishment would love this to have been their favourite sport of Industrial Dispute. How clear everyone's roles would then have been. But it went much further than that - the whole sorry tale of incompetence, dissembling and the wrong financial savings casts doubt on the way all out public services are now managed. Basically they very worst of private operation combined with the very worst of state control.

This is how the new Transport Select Committee report concludes:

"Despite the Department’s consistent claims of a commitment to transparency, our experience would suggest that transparency in franchising monitoring appears to be very poor. It has taken significant effort from this Committee to obtain basic information around GTR’s performance benchmarks and timetabling which are not available publicly. Further, in allowing GTR to change their performance benchmarks and timetable, which effectively enabled them to avoid breach of contract, the Department has not actively intervened in a manner proportionate to the problems on the TSGN franchise."

We now look to the courts to sort it out, but there is a broader problem here - the bizarre way that GTR and the Department attempted to deal with the unions with a mixture of parade ground discipline and bluster.

I was reminded of a famous book called On the Psychology of Military Incompetence, which diagnoses these failings along the lines of the same British disease which led to the Somme and the fall of Singapore - basically the conviction by the military establishment that "these johnnies just need to be taught a lesson".

Unfortunately, the lesson never seems to get learned. On either side. Like the Bourbons, they forget nothing and remember nothing...