The critical importance of Doing Things 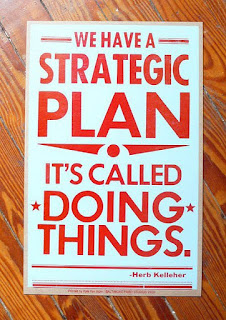 You have to read between the lines about this, but it appears that Theresa May’s objection to George Osborne, who she sacked as Chancellor, was partly that she felt he and his Etonian colleagues treated politics too like a game – a game of symbolism and positioning.

This was certainly true of Boris Johnson, who played around with the idea of banning tall buildings when he stood to be London mayor for the first time. He promised to do so, in fact, but did nothing of the kind in office. I suppose he thought that is what politics is all about, and he should be praised for his cleverness, but I certainly haven’t forgotten.

It is peculiar in some ways that politics is supposed to be about Doing Things or Making Things Happen, when it is usually nothing of the kind. It is about positioning, symbolism, gestures which show you are Serious About Change, which may actually have very little impact on the actual problem.

At the same time, there is a professional snobbery which is now extremely powerful about doing things. Those who strategise, or evaluate, or train, or consult, or finance, tend to look down on those who actually do stuff.

What is more, for the professional strategisers, there are grammar schools, pensions, subsidies, Oxbridge, and for the rest – well, of course they are well-provided for. Aren’t they?

So this is how I understand the latest push towards co-operation on the Left, the subject of the new book called The Alternative – and the subject of my Guardian article on Saturday as the Lib Dems gathered in Brighton. There is also a chapter which links to this in my new book with Joe Zammit-Lucia, The Death of Liberal Democracy?

The problem is that, once again, all the talk is about strategies, electoral or otherwise. None of which mean anything unless the various divided parties actually DO something themselves.

We have to use our political institutions to make things happen.

That sounds obvious, but it isn’t. Some opposition parties I might mention regard Parliament as a showcase for themselves as an alternative government. They tend to avoid winning votes in case it undermines the case for a general election victory that would put them in charge.

All too often, the opportunities to reach out across party lines, to co-operate to change the law in Parliament and beyond, get stymied because of obscure and irritating rivalries between the opposition parties – and because their priorities and strategies are different, and because actually they prefer strategising and campaigning pointlessly to doing.

Yet the government only has a slim majority. Imagine we could agree across party lines to use Parliament for shared objectives.

We might not be able to impact on the big symbolic policy areas – shifting the NHS or changing fiscal priorities, but we can do something. As long as it can attract MPs across party lines.

If we want to break up RBS and turn it into local lending institutions, we could hammer out a cross-party strategy to achieve that. If we want all public service contracts in the public domain, an end to commercial confidentiality for public services, we could do that too.

It might sound unexciting. It might stretch parliamentary conventions. There will be squabbles about who can claim the credit. But if we can achieve things together – then and only then can we move forward to any kind of electoral arrangements.

But I’d go further. Political salvation lies in understanding that everyone, no matter how poor, how ill, how old or how young, has a basic human need to feel useful.

By coincidence, there is also an almost limitless need – not for strategies or management – but for the human skills, that face-to-face ability to give time, that practically everyone possesses. What we lack are the local institutions, largely informal, that are able to bring those two together – the need and the time.

It isn’t just politicians who need to Do Things. Everyone needs to feel the sense of achievement that doing something gives them. Politics must steer radically away from being a spectator sport that attracts those who like to watch and those who want to be watched. It needs to find ways that everyone can make a difference, in small ways, and to draw some purpose in life from doing so.

I'm not quite sure where you're going here, David. The idea of applying pressure to all-party politics sounds good in theory, but politicians consider themselves members of an elite club that has no intention of listening to those of us they consider little more than cattle, Brexit being a perfect example of this.

The majority voted to leave the EUSSR, but it's clear that the politicians, of all parties, have no intention of doing anything of the sort. Delays, excuses, preserving this, not letting go of that, whatever eventually transpires, it won't be what we voted for, which is Home Rule and a return to the good relationship we had with Europe before "Ted" Heath lied us into what he described as a simple trade agreement.

Economic unity? Perish the thought! Loss of Sovereignty? Certainly not! A European army? Never! If those aren't lies, what are they?

It's not as if we live in a democracy.

Not sure we're talking about the same thing, Barney. All I'll say is that if elected politicians are all, without exception, treated as betrayers, then the only alternative is some anti-democratic alternative where the lies just get bigger. I agree with you that democracy not quite what we have here - certainly the votes bear little relationship to the people we get to represent us - but we also have to be a bit careful of what we wish for.

Some dictatorships can work for a time, but power inevitably leads to corruption. No sane person wants power over others, and the ones that do want it are exactly those that should never have it.

What we need is for political candidates to be chosen by the people rather than by the Rothschild banking family, as happens at present, and we need a way of getting rid of rogue politicians without having to wait five years.

Politicians need to be "of the people" and answerable to the people rather than all being members of the same "millionaires' club" that regards "the masses" (or "them asses") as little more than cattle.

Honest working people have no representation in parliament, which exists purely to protect the interests of the wealthy. That's not democracy. The only choice we're given is equivalent to choosing between Ronnie Kray and his brother Reggie. Who do we choose out of those two. Is there a lesser of two nearly-identical evils?

What this country needs is a democratic administration, not the present all-powerful tyranny of the rich over everyone else.

I don't know how that can ever come about though, short of bloody revolution, which would probably only lead to more of the same, but with different faces at the top.