Cameron: how to raise house prices even further 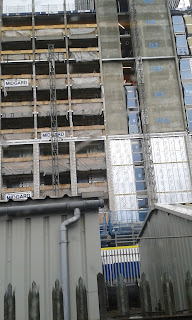 There are occasions when I despair of the miserable failure of the Westminster world to understand what is staring them in the face - and I must admit I felt that listening to David Cameron's conference speech about housing.

It isn't that I disapprove of home ownership. Quite the reverse, I think everyone should own their own home. It's a sign of civilisation and independence. It is the complete mismatch between Cameron's policies and his stated objective that is so infuriating.

In fact, I can't think of any area of public discourse so shot through with complete twaddle as housing policy,

Simon Jenkins hit the nail on the head in his recent article on the most damaging housing myths. He was absolutely right that there is no connection between increasing the supply and bringing down prices. Again, quiet the reverse:

"The chief determinant of house prices is the state of the market in existing property and the cost of finance. During the sub-prime period, prices soared in America and Australia despite unrestricted new building. It was cheap money that did the damage. The house-builders lobby equates housing to “new build” because that is where their interest lies..."

This is the point I was trying to make in my chapter on house prices in Broke: How to Survive the Middle Class Crisis, but the Westminster world seems sold on it. There must be some relationship between conventional supply and demand - but the supply of housing finance, now almost infinite, will always stay ahead

The idea that rising prices has something to do with planning controls is also completely fatuous,  There is outstanding planing permissions for 400,000 homes, not being built - because the prices will be too high to offload.

But even Jenkins then went on to get it wrong himself in the bizarre, but horribly mainstream, idea that all we need to do is to increase urban densities.

This has been the preferred solution from environmentalists and architects alike. To do it on any scale would mean reducing the vital informal green space that makes cities liveable - and which will be so important economically (more on this another time!). It also now has a proven role keeping us all sane.

Building upwards has always been disastrous in UK public policy.  In the end, the rich keep their lower densities and their green spaces, and the high densities get visited on the poor.

Or as Marie Antoinette might have said: "They have no homes? Let them live in flats."

Just have a look at where that kind of inhuman planning leads next time you are around East Croydon, where the new slums are taking shape, for sale in Singapore (pictured above).

In the meantime, putting more money in the housing market, and letting a few people sneak in via 'affordable prices' which are still ten times what anyone can afford on the minimum wage will only raise prices even further.  And the idea that rents are driven up more by demand than by the cost of buy-to-let mortgages - well it is more of the economic illiteracy that is driving our housing disaster.

If house prices rise in the next three decades like they did in the last three decades, the average home will be worth £1.4m.  I didn't suppose that would actually happen - but then I heard Cameron's vacuous speech on the subject.

No, to bring down prices you have to control the amount of money going into the housing market, especially from overseas. To cool down the property market in London and the south east, only major devolution of power and a regional revival will do it.

And for goodness sake leave the green belt alone. It is all that prevents London expanding across southern England in a soulless sprawl.

I don’t think the governement can stop the flow of foreign money coming in the system.
Yes it inflates house prices but overseas buyers snapping morbidly overpriced real estate to park their money, is the only quick method towards deficit reduction.
My overground journey, from the depth of Hackney to central London has been avoiding being run over by trucks for many months. All I have seen sprouting up is one a luxury high rise after another.

If the flow of overseas money was to stop, the financial sector and the UK economy would be in trouble. How can you explain your high fees if you can’t sell totally clever yet legal avoidance schemes that the HMRC has no resources to chase. Plus a generation has grown paper rich on brick and mortar, a housing crash is not worth considering. Sunk cost fallacy is going to bite because a house does not produce anything, but for now all that matters is enough sugar daddies to pay the credit card bills.

"No, to bring down prices you have to control the amount of money going into the housing market, especially from overseas."


BTW It is not house prices that go up, it's Location (cubed)! In other words the LAND value conferred by Society.

How obvious does it have to be, before you and others accept

IT'S NOT HOUSE PRICES GOING UP, IT'S (socially created) LAND VALUES

It's chicken and egg, isn't it, Conall? If you split the land from the house, as in a community land trust, and just sold the house - you would still get the same variation. So it can't just be the land.

Houses prices are going up in London (Central bought by foreign money mostly about 80 % ) and Greater London ( Mainly UK buyers that have to deal with the tricked down effect rising prices).

How much surface/ bedrooms did you son1 get for half a mill ? How much was his place 5 or 10 years ago? Or pre-2008? Were you shocked by the price?

London is desirable geographically and culturally, plus financially safe, and financially more so that the Middle East might go from SNAFU to FUBAR before our eyes. Land in Central London is at a premium so you stack up one rabbit hutch on top of another for crazy money, but it doesn’t matter, someone will buy it. There is surplus money that needs to go somewhere.

Real estate owned by the UK government will be the next silver to be sold, Prime Real estate is a little earner for the treasury. Tax hikes are not on the cards, social cleansing will happen via your wallet. I have read somewhere that robots will do the boring jobs that pay average wages and London will only attract high paying jobs that computers cannot do. So low cost housing is not really needed. The brochure did not mention pitchforks on the horizon.